Poker around the World

Poker around the World

The history of poker is still today a bit unclear. No one knows with absolute certainty where the game originated, or who invented it. What we do know is that the game of poker has been making its way around the world, one country at a time for more than 1000 years.Many different countries have claimed their part in the invention or evolution of the game in fact. It’s been said that poker was derived from a game played in 10th century China. There are those however that attest that the game of poker was originally derived from a Persian game called “As Nas”. Later on in the 17th Century in France there was a game called Poque, a European poker game is said to most closely resemble the games we play today, that game travelled across the Atlantic Ocean to the United States where it was played aboard ships by French settlers that finally settled in and founded New Orleans. 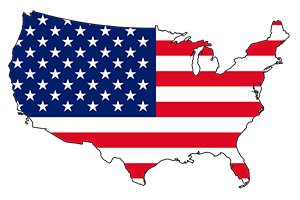 Today, online poker in the United States is plagued by the UIGEA which affects the way that banks can interact legally with online poker sites. The passage of the UIGEA, along with some specific statewide laws in America have drastically changed the poker industry in the USA over the last few years. The United States almost overnight went from being the most sought after online poker market drenched in the freedom to choose to play wherever her citizens wanted, to becoming almost the step child of the industry, only allowed at certain venues, and not included in a multitude of bonus offerings.As a result, we have sites like Merge Poker that accept USA players, but don’t offer any valid deposit options outside of Click2Pay which no longer accepts USA customers. Needless to say, finding poker sites on the internet that still offer games in the United States has become a daunting task. Don’t worry though, we’re up to it.There are still poker sites that offer bonuses, rakeback and all the other perks that American poker players used to take for granted available online. In fact, there’s even progress on the American Poker front. Until very recently there were no poker sites licensed to operate online from within the United States. That has recently changed, with a casino in Las Vegas being issued the first ever online gambling license from the USA. 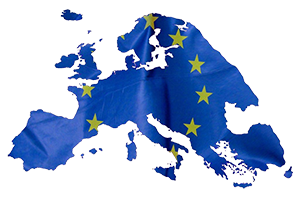 Europe is the Internet’s Poker playground as far as poker friendly laws, availability of games, and bonus offerings go. The entire continent is one big safe haven for online poker players, offering tax free gaming, and a plethora of online poker sites to choose from. In fact, many an American moved to the UK, or other countries within following the passage of the UIGEA in that countryPoker fans in Europe can enjoy playing at European Poker sites without worry of tax or intrusive regulatory laws that could shut down UK Poker sites such as 888 Poker, Titan, and William Hill poker a freedom that Americans can only envy. In fact, in addition to those sites, there are actually dozens of poker sites available online for players in European countries and quite especially across the United Kingdom.That makes the UK, and pretty much all of Europe one of the most poker friendly places to play poker on the Internet, and in the entire world. 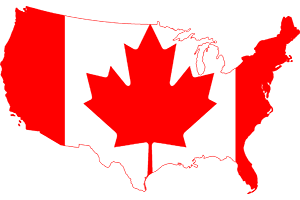 Until the 1960’s playing poker wasn’t even legal in Canada, that of course didn’t keep the Canadian Population from enjoying a game of cards quite the same as most of the cockamamey regulation we deal in places like Austria and around the world today doesn’t stop the majority of the free poker playing population from visiting Australian Poker Sites or any other place that poker is available around the globe, and playing the game.For two decades Canadians played poker in restaurants, in bars, even in restrooms. During the 1960’s the Gov-ernment there began to ease up, changes were made to The Canadian Criminal Code involving gambling and playing poker.There are no legal Canadian poker sites operating online to this day, with the exception of some of the most well-known poker sites in the world of course, such as those run by the Kahnawake Gambling Federation. Everest Poker and Bovada Poker are both well-known poker sites operating based in Canada. Both of which are operated by Native Canadian Indians on Indian reservations. 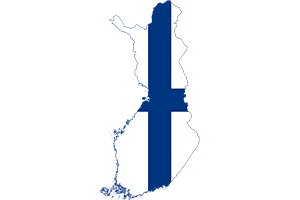 Finish poker players have it pretty good when it comes to finding online poker sites that feature lucrative bonus deals, and the best VIP programs. In fact, even the Government in Finland runs an online poker site. What’s even better is that the Government’s site is just one of dozens of Finnish poker sites available to residents. Residents of Finland are welcome at nearly all foreign and local sites online. The tax laws in Finland can be a little complex however, therefore, be sure to check out our article about Finnish Poker Sites. 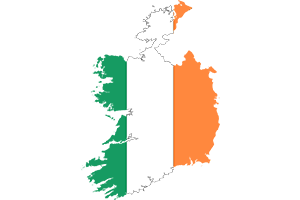 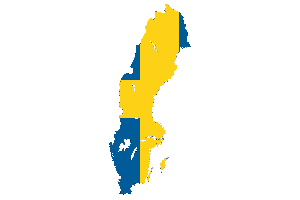 Looking for sites that accept and allow play with the Swedish Krona? Swedish Krona currency poker is available at a handful of European Poker sites using several online poker deposit options such as Click2Pay and EcoCard. 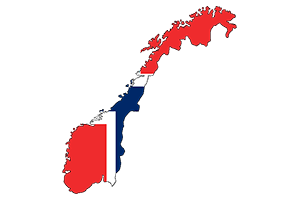 Norway was one of the latter countries located in Scandinavia to really hit the poker scene. The pitfalls to the Norwegian poker craze however include some pretty fierce tax laws. Players from Norway are going to want to investigate those before going pro, or winning any major tournaments. In 2011 the country also passed a law that limited the ways in which Norwegian banks can interact with online poker sites, much like the laws that effect gaming in both America and Australia. However, there are still Norwegian poker sites available, as well as deposit methods that will work for funding Norwegian poker accounts. 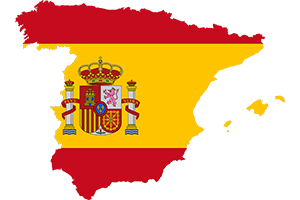 During 2012, Spain like so many other countries underwent a change in the way the country regulated online poker sites. Poker sites that are operating within Spanish poker law are able to offer stakes up to €5/10. They’re also able to offer most games. PokerStars was among the first poker sites to comply with the new Spanish law, intro-ducing PokerStars.es. The poker giant kicked off their foray into the realm of Spanish poker sites by offering stakes up to €0.5/1. 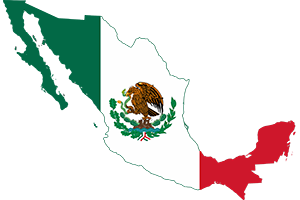 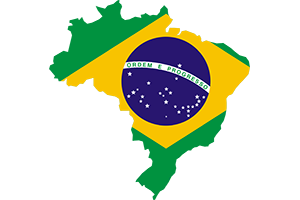 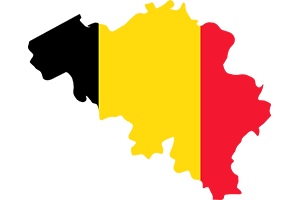 Belgian poker players have their work cut out for them when it comes to looking for new places to play online poker. The country is known for its tradition of blacklisting poker sites on the Internet and restricting its residents to even access so much as the poker sites website. Thus far, if the Belgian Gaming Commission learns of a poker site that continues to offer its resident’s poker games online, the site is simply blacklisted.This blacklisting can be quite troublesome to Belgian poker players with large cash balances at their favorite poker sites. In order to make sure that you’re not blocked from your poker account, be sure to check out our Bel-gian Poker sites page for a list of white listed Belgian poker sites. 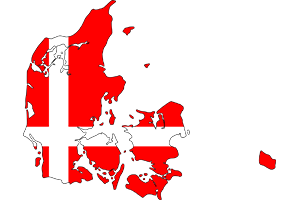 Looking for a poker site that welcomes residents of Denmark? You’re in luck, poker pro’s such as Peter Eastgate and Gus Hansen have paved the way for Danes to play poker on the internet at a plethora of online poker sites. For sites that support the Danish language, or local currencies, visit our Danish poker sites page. 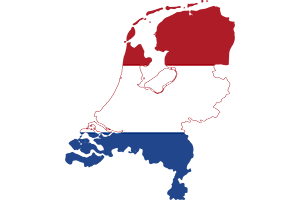 The Government in the Netherlands has made several attempts to regulate local online gambling in the past, and has recently announced that by 2013 the country intends to profit from online poker play participated in by its residents, to the tune of 29% of gross revenues. There are poker sites that have already begun setting up the new Dutch friendly versions of their poker sites. 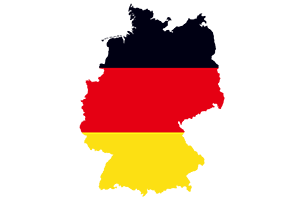 Germany online poker laws are very strict, wanting the lion’s share of the gaming market to operate only within the country. In fact, during 2012, 15 of the 16 German Lander approved a law that would ban all online poker sites, ban all online casino sites, and reduce the number of available online sports betting sites a couple of operators.The 16th state, Schleswig-Holstein, isn’t ‘in favor’ of online gambling either, they just have their own plans for regulation. Check out our article about German Poker Sites for further information. 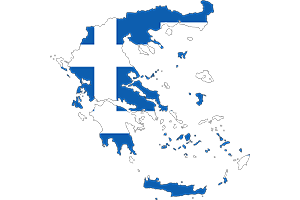 If you find yourself looking for an online poker site in Greece or in Cyprus or even Italy, Albania, and perhaps even in Turkey, you might like the idea of playing the game at one of a handful of Greek poker sites.There are a handful poker sites that do offer the game in the Greek language. To change the software’s language from its default which is usually English, check out our Greek poker sites article. 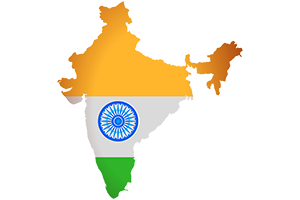 The popularity of poker is quickly growing across India, as it is in places all around the world. In fact, there is now an India Poker Series which is a series of poker tournaments that are held throughout various casinos in India. That’s not the only thing India has in common with the rest of the world when it comes to playing online poker at Indian poker sites, or even foreign poker sites on the Internet. Like much of the world, India regulates online gambling pretty heavily. Online poker sites in India are regulated by The Public Gambling Act of 1867 in India which prohibits players from being in charge of any public gaming operations… on land. In addition to that law, The In-formation Technology Act of 200 also regulates online poker sites by prohibiting the publication of things that could corrupt Indian People, like online gambling.There are still poker sites that welcome Indian poker players, check out our in depth article on the subject. 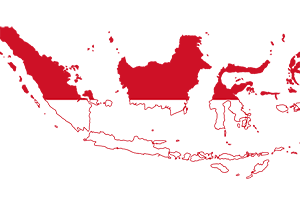 Playing poker online in Indonesia is not legal; in fact it’s punishable by jail time, up to 10 years’ worth of jail time. There are still however various lotteries held Indonesia as well as both cock and bull fighting. Not to say that there aren’t poker sites online where Indonesians can play. If you’re looking for poker sites that accommodate Indonesians, check out our article on Indonesian poker sites. We’ll also share with you some factual information about arrests made within the country. 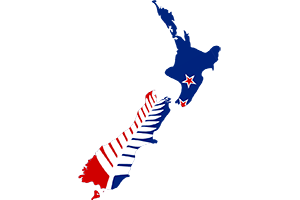 Online poker is legal in New Zealand! New Zealand residents do not even have to pay tax on their winnings In fact; we’ve got quite a list of New Zealand poker sites available to you where you’re able to play poker using NZD, the New Zealand Dollar. For the most part, Russian poker players have several online poker sites to choose from, including all of the biggest names in the industry, such as PokerStars, Carbon Poker, Party Poker and Betway. There is some movement in the legal arena where poker is concerned, and even a bluff ban that occurred earlier in 2012 that gave Russian poker players around the world quite a start! 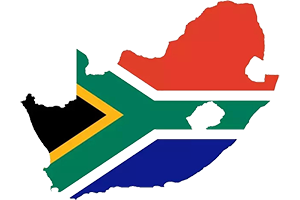 In South Africa, poker is predominately legal, so long as it happens in a casino or gambling estab-lishment that is legally operating under license. Online poker sites are legal so long as the players aren’t profiting from the rake (which could affect the legality of rakeback) and as long as the players bet only against each other and not against the house.