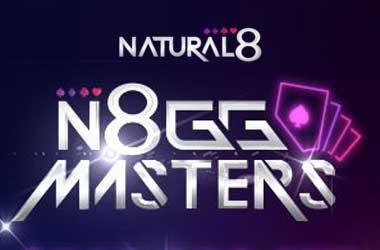 Despite continuously falling short of their guarantees in their brand-new tournament N8GGMasters 2020, Natural8 has consistently upped the prize money on offer for players.

The operator is continuing to pump money into this tournament to promote N8GGMasters 2020.

The first N8GGMasters back in January only featured $250,000 in guaranteed prize pool, attracting 1,610 players. During that week, Natural8 had to make up almost $28,000 in overlays, however despite failing to hit the guarantee, the operator decided to raise the prize money to $300,000.

The missed guarantees continued for weeks, until March 15, when N8GGMasters for the first time smashed its $300,000 guarantee. The operator did not settle for this and again increased the prize money to $400,000. Fast forward today, the tournament is offering $500,000 in guarantees, and the number of participants has also doubled to around 3,600.

These efforts are all part of Natural8’s ultimate goal to grow the N8GGMasters 2020. A Natural8 representative said that they have consistently increased guarantees despite dealing with overlays numerous times in order to provide more incentive for players, thus attracting bigger fields. Looking at current numbers, Natural8 is slowly but surely achieving this goal.

The $150 buy-in N8GGMasters 2020 runs every Sunday at 17:00 (UTC+0). The tournament also has a dedicated Player of the Year (PoY) leaderboard, which will award a $500,000 sponsorship package to the winner. This sponsorship package will allow the player accumulating the highest points to become an official Natural8 ambassador, joining the elite pros, including Daniel Negreanu and Bryn Kenney.

To take advantage of the leaderboard promo, all you have to do is play N8GGMasters every Sunday to earn points. You will accumulate extra points if you finish in first place, make the final table, or even if you become the bubble player. You have a whole year to take a shot!

Natural8 is among the most popular online gaming platforms in the world, offering a wide range of games with unlimited promos, loyalty programs and innovative systems all aimed at making poker fun again. The online poker room gives away more than $1 million in prize money across its tournaments daily, with players being given access to unique features such as Tournament Staking, Smart HUD, and Smart Betting.