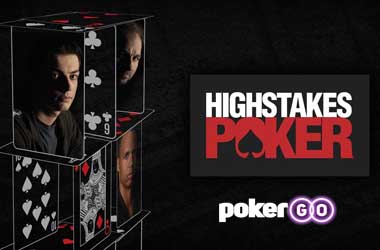 Episode 3 of High Stakes Poker Season 9 aired on Monday night and it featured a star-studded line-up, including some of the greatest and most popular poker players of all time.

Doyle Brunson’s impressive performance was among the main highlights of the episode, alongside some action between Daniel Negreanu and Tom Dwan, both of whom battled it out in a monster pot.

Dwan has had a rough start on the latest season of High Stakes Poker, and the struggle continued for him during Monday night’s Episode 3.

After losing a race in a couple of run-outs against Bellande in the previous episode, Dwan suffered another loss this week, this time against Negreanu. The high-stakes legend decided to run it twice against the Poker Hall of Famer and the results weren’t very good. Negreanu ended up winning the whole pot while Dwan once again failed.

Doyle Brunson took center stage when he adopted an aggressive strategy. The 10-time World Series of Poker (WSOP) bracelet winner who is now 88 years old showed the world that he still got it. He pulled off large raises and forced his opponents to fold on multiple occasions.

“Texas Dolly” ruled the final few hands shown during the episode, winning six of them. While they involved only small amounts of money, the long stretch highlighted Brunson’s impressive skills which spiced up the final stages of Monday night’s action.

As the episode drew to a close, Brunson brought back the $800 straddle. The pot grew to $30,500 and the 88-year-old took it down with aggression.

Episode 4 will air this coming Monday, March 14, on PokerGO. The show starts at 5pm. High-stakes live stream star Garrett Adelstein will join in on the action.