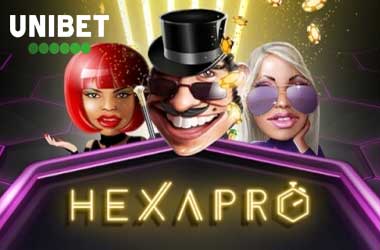 The top online poker operators are always looking to make improvements to their offerings and policies in a bid to not only stay competitive but also to offer poker players a better online poker experience and lure new players to its rooms.

iPoker operators know how important it is to have a superior client as it could be the difference between a thriving online poker operation and one that struggles to take off. Unibet Poker recently announced that rollout of its new HexaPro client that will be used for Sit & Go Jackpot tournaments.

The new HexaPro client has already been implemented and Unibet players would have noticed the change from December 2. This is the first time that Unibet is experimenting with the HexaPro client and the operator is eager to see how players find the new client software.

The HexaPro client has been rolled out across a number of popular Kindred betting sites which include the popular Nordic Highroller, Maria Casino, VladCazino, BINGO.com and iGame. Players who use the HexaPro client will find that they can take advantage of the instant play feature to instantly get into games they select.

Players will be able to use HexaPro to create up to 5 usernames which will enable them to remain anonymous. The new client makes things really simple as players only have to choose a nickname, finalise the stakes they want to play with and then simply click on the HexaPro game they want to play.

Unibet launched HexaPro tournaments back in December 2018 and these Sit & Go Jackpot tournaments quickly became very popular with poker players. The HexaPro game brings together single table tournaments and a prize pool generator that operates like a lottery. These games allow players to battle it out and get a share of the €100,000 in prize money to be won.

The payout system works in a unique way which makes things very interesting. When the multiplier for the random prize pool is less than 10x, then the payout results in the winner taking home the entire sum. When the prize pool is 25x or upwards, then the champ gets 80 percent of the prize pool while the runner-up gets 12 percent and the third place finisher gets the remaining 8 percent.

Unibet poker players who want to try the new HexaPro client can do so very easily as games start out at just €1 and go all the way up to €100.