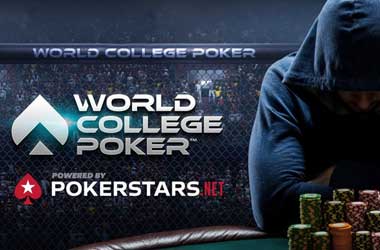 World College Poker (WCP), an organization focused on helping young players hone their skills and prepare them for bigger battles at the poker tables, is teaming up with PokerStars for an online poker tournament this summer.

PokerStars’ play money site PokerStars.net will play host to the 2021 World College Poker Championship Main Event this July. College students from all over the world who are at least 18 years old can take part in the tournament which kicks off on July 24. They only need to present an active student ID as proof that they’re currently attending school.

The students won’t have to pay anything to participate in the tournament, but whoever wins will take home a PokerStars European Poker Tour (EPT) package worth approximately €8,000 as well as a PokerStars-engraved trophy to commemorate his or her victory.

Not only that! The eventual winner will also get the chance to face top poker pro Patrick Antonius in a heads-up battle, and will also walk away with other valuable prizes including, among others, a swag bag and gaming chair from PokerStars, vacation package courtesy of PLO Quick Pro, travel kit from RunGoodGear, and a signed copy of Bill Perkins’ book Die With Zero.

Similarly, the runner-up finisher will also be awarded with exciting prizes. He or she will join high-stakes pro Matt Berkey in a live poker training session. Berkey is the founder of Solve for Why, a poker training academy based in Las Vegas. The second placer will also engage in a one-hour lesson with poker pro and coach Jonathan Little.

The rest of the top 45 finishers will also take home some cool prizes, and the last woman in the tournament will win a WCP women’s hat, and one-hour lesson with PokerStars ambassador Jennifer Shahade, alongside other prizes.

Starting July 24, the WCP will hold six regional tournaments. 50 players from each of the regional tournaments (300 players in total) will move forward to the next round of competition which takes place on July 31. From 300, the field will be reduced to just 45, and the remaining players will then battle it out on PokerStars to reach the final table of six.

There is no final schedule yet for the final table, but both the WCP and PokerStars are planning to hold a live finale.

This is the first time that the WCP is opening its championship event to a global player pool. While the competition is open to all college students worldwide, those in Spain, Italy, Portugal, and the US states of New Jersey, Pennsylvania, and Michigan are not allowed to take part in the tournament.