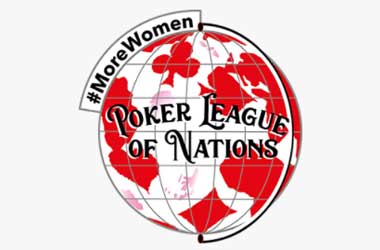 The Poker League of Nations (PLON) which was established in 2017, has been relentless in achieving its main goal of attracting more women into the game.

Over the years, it has launched multiple initiatives all aimed at increasing female participation in poker and closing the gender gap that currently exists in the game.

Now, the organization has come up with a brand-new initiative focused on young female players.

“PLON Rising” aims to equip young female players with the right skills to prepare them for the bigger battles at the felts. The initiative centers on educating young women about poker, boosting their confidence, and eliminating misconceptions about the game which over the years have prevented many women from pursuing a career in poker.

PLON founder Lena Evans, there is a need to keep growing the field of women in poker beyond five percent, and this can only be done if female players get acquainted with the game at an early age. Evans said the younger female population plays a vital role in addressing gender disparity in poker. They must be encouraged to play while still young and should be given opportunities to hone their skills.

To achieve that goal, PLON has invited a number of key female figures in the world of poker to become part of the new campaign. They include top-ranked female poker pro and TV host/commentator Maria Ho, semi-pro and New York Times best-selling author Maria Konnikova, poker pro and coach Lexy Gavin, as well as Poker Hall of Famer and 3-time WSOP bracelet winner Barbara Enright.

Nahrain Malan Tomero, the only female player to win an online bracelet on WSOP.com last year, will also be part of the team. Their main task is to impart their knowledge of the game to the younger generation of female players.

Author and poker pro Amanda Botfeld has also joined in as the Rising Ambassador. Botfield shared that she started learning about poker when she was 24, and her life has changed since then.

Poker gave Botfield a platform to showcase her skills and prove her worth as an individual. If it weren’t for the game, she wouldn’t have discovered the high level of confidence and strength she has as a woman. This is why Botfield believes that young women should learn the game and start early.

For more details on the new initiative, visit the PLON website.