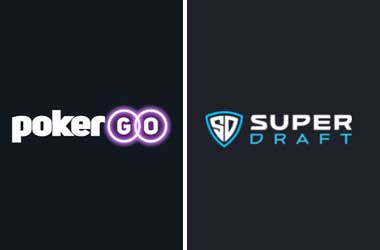 The first sign of the new collaboration will appear in the upcoming US Poker Open, during which PokerGO will launch its first DFS contest on the SuperDraft app. All subscribers of the poker content platform will be able to participate in the contest for free. The US Poker Open will get underway on June 3, 2021.

PokerGO will provide all the stats to SuperDraft, while the latter will create a proprietary poker scoring system according to the performance of each player and their chip stacks.

Both companies have yet to announce the complete details of the brand new fantasy poker offering, but it’s already been confirmed that DFS contests will run in most major professional tournaments associated with PokerGO, including Poker Masters, Super High Roller Bowl and the World Series of Poker (WSOP).

Brent Hanks, PokerGO’s Director of Programming, said fantasy poker is an untapped market in the existing fantasy sports landscape, and they’re just delighted to have found the perfect partner in launching their brand-new offering.

Incorporating poker into the world of fantasy sports has been on their agenda for years, according to SuperDraft’s founder and CEO Steve Wang. And now that idea has finally been brought to life, in partnership with PokerGO.

A lot of poker players and enthusiasts are also avid DFS fans, betting on their favorite leagues. This time around, through PokerGO’s upcoming contests, poker players will now be turned into betting subjects.

Boost For Both Poker And Fantasy Sports

This latest partnership will further strengthens the relationship between poker and fantasy sports which began as early as DFS’ inception. To throw out some facts, the founders of the first DFS firms included poker professionals. DraftKings, which currently dominates the fantasy sports market, has previous connections with ex-PokerStars executive Jeffrey Haas, and poker pro Jon Aguiar.

SuperDraft also has an ongoing partnership with Caesars Entertainment, Inc., which is the parent company of the World Series of Poker (WSOP). This partnership began in January 2021 when Caesars announced a strategic investment in the DFS platform. SuperDraft is now included in Caesars’ mobile and online gaming portfolio.