PokerStars Set To Host First Ever APPT Open in Taiwan

PokerStars Set To Host First Ever APPT Open in Taiwan 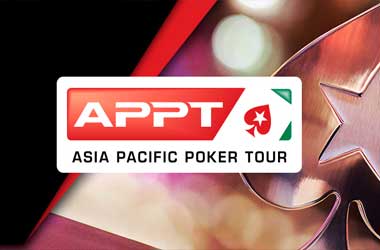 PokerStars recently announced that it will be holding its first ever event in Taiwan! The Asia Pacific Poker Tour (APPT) is set to take place at the Chinese Texas Hold’em Poker Club in Taipei from January 31 to February 9, 2020. The APPT will feature a total of 33 tournaments for players of all levels.

Taiwan is home to a number of highly successful poker pros who have made a name for themselves in the international tournament scene. Among them is James Chen who recently took down the highest buy-in event of the 2019 World Series of Poker Europe.

Some of the other popular poker players with Taiwanese roots are Pete Chen and Joanne “J.J” Liu, with $2.8 million and $3.3 million in live earnings respectively. Natural8 ambassador Kitty Kuo also hails from Taiwan. She has earned $2.2 million thus far throughout her live poker career.

Players can take part in three opening flights running on February 3-4. The action kicks off with 30,000 in chips played in 45-minute blind levels for the first two flights, and 20-minute blind levels for the final flight. Participants are also allowed to reenter multiple times until the start of Level 10. The action continues through to February 8, during which a winner is declared.

Satellites, both live and online, will run during the festival, giving players the opportunity to join in on the action for a fraction of the price.

The ten-day PokerStars festival also features several other exciting events, including the $1,000,000 TWD guaranteed CTP Club Kickoff which takes place on January 31 to February 1, with an entry fee of $10,000 TWD ($330).

Those into the higher stakes can take part in the $70,000 TWD buy-in APPT Open High Roller on February 1-2, as well as the $15,000 TWD SuperStack running on February 1-3. Players also get the chance to wrap up their APPT Open Taipei campaign with a bang by taking a shot at the $140,000 TWD APPT Open Super High Roller taking place on February 7-8.

The festival also has something in store for players with limited bankroll, with the CTP Club Daily Deepstack carrying a buy-in of just $2,000 TWD.

Do note that cash games will not be available at the festival, in accordance with the Criminal Code of the Republic of China.