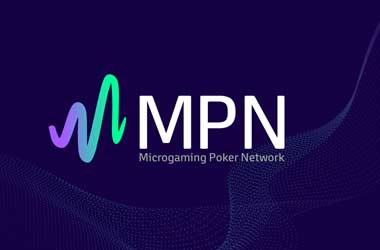 The Microgaming Poker Network (MPN) will shut down its online poker operations for good on May 19, 2020. The official date was made known through Alex Manilov who is the Operations Director of Red Star Poker, one of popular MPN’s skins.

MPN has been operating since 2003, and was formerly known as Prima Poker. Over the years, it has grown to become one of the largest online poker networks in the industry, supporting nearly 30 different sites.

However, performance-wise, MPN pales in comparison with other major poker networks in the world, recording an average of just 300 cash game players at any given period. Worldwide, it has a ranking of nineteen and is lagging behind PokerStars, partypoker, GGPoker and even ring-fenced sites such as Winamax France and PokerStars Europe.

In September 2019, MPN formally announced its decision to close its online poker network, with CEO John Coleman saying that the network model no longer coincides with their new strategic vision for poker. Prior to that formal announcement, there had already been rumours circulating about the network’s impending closure, with some of its skins now planning to migrate to a new home.

MPN supports 16 skins, including major brands such as betsafe, 32Red, NordicBet, paf, Betsson, OlyBet and Grosvenor Poker. Earlier this year, it lost RedKings Poker which terminated its operations back in April after A 13 year relationship. MPN was also home to popular brand Unibet, until it switched to its standalone platform in 2014.

Red Star Poker was the first to announce it will head to the iPoker Network as soon as MPN shuts its operations. While most of the remaining larger brands are expected to also be picked up by iPoker, the smaller skins are still facing an uncertain future. MPN’s Alex Scott has promised to help them look for a new software supplier to ensure a smooth migration.

Scott also assured customers that their funds are safe and will be separated from the skins’ operating expenses, in accordance with MPN’s terms and conditions. MPN said it is committed to providing the best service, making sure that the next five months will be something to look back on with pride.

The closure of MPN could be an indication that the importance of online poker networks nowadays is continuing to decline, given that today’s brands are now able to stand on their own without having to run as part of a network.