PokerStars Announces WCOOP “Take 2” With Almost $28m Up for Grabs

PokerStars Announces WCOOP “Take 2” With Almost $28m Up for Grabs 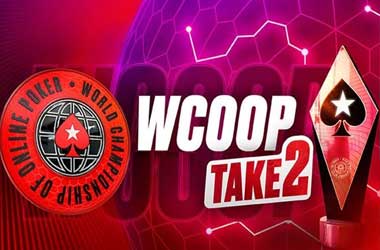 PokerStars was forced to cancel some of the final tournaments of its flagship series, the World Championship of Online Poker (WCOOP) in September due to technical problems. Now, the operator is picking up where it left off after announcing “Take 2” of the series which will kick off on November 5, 2022.

WCOOP Take 2 features a total of 66 tournaments running until November 9. Just like the original series, the events are split into three buy-in levels, with entry fees ranging from $5.50 to $10,300. Players will compete for more than $27.9 million in total guarantees across five days, a staggering $15 million of that will be awarded in three Main Events.

The three PLO Main Events are also back on the schedule with $1,850,000 in combined guarantees. The biggest chunk is on offer in the $10,300 PLO Main Event High which guarantees $1 million.

The original running of the WCOOP back in September had already awarded nearly $80 million in total prizes before the final weekend of the series was suspended due to DDoS attacks.

The festival attracted almost a million entries across more than 300 tournaments, creating a total prize pool of $79,501,449, over $13 million of that went to the winners. With the second act promising almost $28 million in guaranteed prize money, the entire WCOOP festival is poised to award nearly $110 million in guarantees and that figure could well be smashed as Take 2 is expected to also attract a huge turnout.