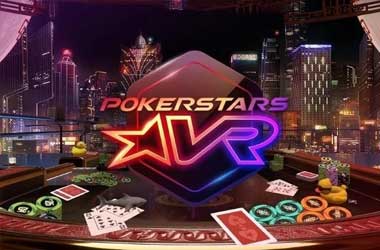 PokerStars VR, a free-to-play social casino game, will be among a few games that will be made available on Quest Pro as it launches on the market.

James O’Reilly, Director of VR and Innovation at PokerStars, said their main goal with PokerStars VR is to push the potential of new technologies as far as they can to create a fun and authentic social game, and its recent partnership with Meta through its new, transformational VR product Quest Pro, will help them achieve that goal.

Quest Pro is Meta’s most advanced headset yet, designed to help users work, create, and collaborate in a whole new way. The device is powered by the new Qualcomm Snapdragon XR2+ processor, with 12GB RAM and 256GB storage. It is also equipped with advanced VR/MR sensors, Meta Quest Tough Pro controllers, and a charging dock with rapid USB-C power adapter.

PokerStars VR – What It’s All About

PokerStars VR was developed by Lucky VR and has been in the market for quite some time, having launched in 2018, and initially available on Oculus, Viveport, and Stream.

It offers a wide range of poker games, including multi-table tournaments, cash games, Sit & Go, and Spin and Go’s, as well as popular casino games such as blackjack, slots, and roulette. They are set in exotic locations like The Monte Carlo Yacht, Showdown Saloon, Macau 2050, and Galaxy Space Station.

PokerStars VR promises a world-class, authentic, free-to-play social experience and unmatched realism through the use of the newest technology. It offers a safe environment for players through its AI live monitoring chat feature, and also comes with in-game safety tools that enable users to keep their play under control.

The virtual casino concept isn’t entirely new. In fact, there was a popular virtual world before called “Second Life” with millions of registered users. The platform offered online gambling but it was later deemed illegal by US authorities.

Despite the challenges, the virtual gaming concept is here to stay, with the emergence of several free-to-play online casinos. PokerStars VR is taking things to a whole new level with virtual reality integration and its partnership with Meta’s Quest Pro suggests that the online poker giant could be leading the way toward a huge shift in the world of poker.