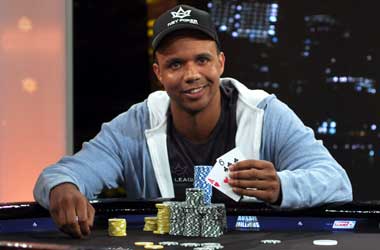 Phil Ivey hasn’t had a good run at the World Series of Poker (WSOP) in a long time but he is still tearing it up on the high stakes poker circuit.

The New Jersey poker pro is having a great time at the Triton Poker – Super High Roller Series Europe which is taking place in North Cyprus at the Merit Crystal Cove Resort and Casino.

A total of 32 poker players took part in this event which brought the total prize pool to $1.6 million. American poker player Dylan Weisman made the final table and finished in 5th place to take home $112,000. Finnish poker players Eelis Parssinen and Joni Jouhkimainen also had a good run which resulted in Parssinen finishing in 4th place for $176,000 while Jouhkimainen took the 3rd spot for $256,000.

The final two players at the table was Ali Imsirovic from Bosnia and Herzegovina and Poker Hall of Famer (PHoF) Phil Ivey. Imsirovic has established himself as one of the most respected young high stakes poker players with over $17 million in prize money to his name. He put up a good fight but Ivey ended up running through him and claimed yet another first place finish.

Ivey has now pushed his tournament winnings to over $2.8 million.