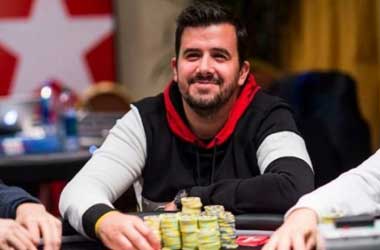 After almost three years of being on hiatus, the Triton Poker Series has returned by hosting a special edition series in North Cyprus, its first live event since the pandemic.

The series got underway on April 2 at the Merit Crystal Cove Resort and Casino. Hungary’s Andras Nemeth drew first blood when he took down the opening event for a huge $1,082,000 in top prize.

Event #1: $50,000 6-Handed NLH attracted 82 entries to generate $3,936,000 in total prize money. The lion’s share of that figure went to Nemeth after outclassing a stacked final table that included some of the best poker players in the world, including Phil Ivey, Jason Koon, Elton Tsang and Stephen Chidwick. Other popular names who finished strong were Sam Greenwood, Michael Addamo and Michael Soyza.

Chidwick entered the final table as the short stack and he eventually became the first player to leave after his set of deuces was defeated by Tsang’s flush. The British poker pro walked away with $188,000 for his 7th-place finish. Tsang, the start-of-day chip leader, was the next to go after his ace-nine submitted to Nemeth’s ace-queen. Tsang walked away with $240,100 for finishing 6th.

The subsequent hands saw players hitting the rail one after another as the blinds grew. Koon ended his bid in 5th place for $307,000 courtesy of the eventual runner-up Laszlo Bujtas who went on to eliminate Ivey in 4th place for $387,100.

With three players remaining, Dong Hyun Kim went all-in with pocket sevens only to be called by Nemeth who held pocket fours which improved to straight on the river. Kim’s 3rd-place finish earned him $503,800.

It was a battle between two Hungarians during heads-up play which ended quickly. The final hand saw Nemeth hitting a pair of aces to outgun the king-queen of Bujtas. Nemeth secured the title, while his fellow countryman settled for 2nd place for $770,000.

During his post-win interview, Nemeth described his massive victory as surreal. It was his first Triton tournament and his largest cash to date. His latest win has brought his total live earnings to more than $5 million, putting him at the top of Hungary’s all-time money list. The Budapest resident has been successful in his high roller pursuits thus far this year, having won two high roller titles at the European Poker Tour Prague in March.