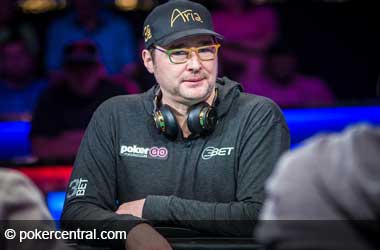 Phil Hellmuth is nicknamed the “Poker Brat” because he can let his emotions get the better off him at the poker tables as the poker community found out this week. Hellmuth leads the list of WSOP bracelet winners with 15 to his name.

Hellmuth lost his cool and went berserk at the table for over 15 minutes. His language was filled with swear words that made most people around him very uncomfortable. As his rant went on, things started to escalate as Hellmuth ended up saying that he felt like burning down the Rio.

His outburst was heard by WSOP commentators and WSOP management but no one did anything to stop him. The WSOP rulebook states that swearing in a public place at the casino, will result in a penalty that can range from a verbal warning, to being disqualified from the event or being banned from the casino for life.

Hellmuth got no punishment for his outburst and the rest of the poker community were not happy with the WSOP being partial to him and letting him get away with such a long and abusive rant.

When Hellmuth found out that his outburst went viral on social media, he took quickly to Twitter to issue an apology and said he went too far. His apology did not go down well with a lot of poker players as one poker player called him out and said that if he even did 50 percent of what Hellmuth did, he would have been banned for life.

Fuck you Phil. I supported you and now feel like a chump after watching your bullshit yesterday. If I said half of what you did, I'd be banned for life. Fuck you. Entitled prick…

Hellmuth had to issue another apology that was a little more detailed, since the buzz around his WSOP antics continued to increase on social media. Hellmuth put out another tweet which said:

My Mother and Father were embarrassed/mad at me…My friends told me I was out of line. After 44 hrs of ridicule on social media, and realizing my rants set a bad example for poker players everywhere, I think I can reign it in A LOT. I might not be perfect, but I can be better… https://t.co/13JHafpKsJ