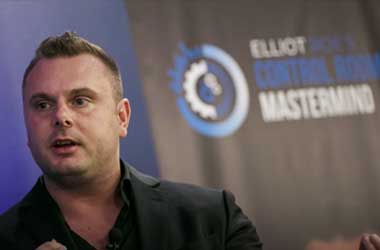 The domestic leg of the World Series of Poker (WSOP) Online Bracelet Series on WSOP.com is almost over, but it will immediately be followed by the international edition which runs on GGPoker starting August 1.

The online series features 66 gold bracelets all in all, 33 on WSOP.com and another 33 on GGPoker, but 88 more are up for grabs during the live, in-person festival at The Rio in Las Vegas this September.

Since July, players have been putting in all the hard work in an attempt to win the most coveted trinket in poker. Victories aren’t always guaranteed, and so players need to keep a strong and positive mindset to stay on track for their goals.

Thankfully, there are certain people willing to impart their knowledge on how to maintain a healthy mind during stressful times like this. One of them is Elliot Roe. The renowned mindset coach has some tips for poker players aiming for a gold bracelet during this year’s WSOP festival.

1. Begin With A Positive Mindset

According to Roe, the first step towards achieving a goal is believing that you can do it. Players taking part in the WSOP should first focus on preparing their minds for the huge challenge ahead of them. This applies to both recreational players and the pros.

If you believe winning is possible, you’ll be motivated to bring you’re A-game into whatever tournament you’re playing. You’ll be able to properly deal with the ups and downs along the way, until you reach your goal.

In order to win key tournaments, keeping focus is extremely important, and to achieve that, players must maintain a healthy routine by getting enough sleep, staying fit, and eating a well-balanced diet. Meditation can also help in building up your focus muscle, according to Roe.

3. Understand What Your Goal Is

Players encounter a lot of pressure especially when taking part in huge tournaments like the WSOP. One example is when they’re close to making the money.

It’s easy to be carried away with all the pressure during the money bubble, but if you know what your goal is, you’ll be able to adjust your game accordingly and keep a level head. Roe said that players enter the WSOP for many different reasons, and it’s important that they have a deep understanding of their goal so they can properly deal with pressure.

Roe is a mindset coach who is well-known in the poker world. He is associated with some of the biggest names in the game, including Fedor Holz. He is also head coach of Primed Mind, a mindset coaching app helping clients to develop the mindset of a true champion.