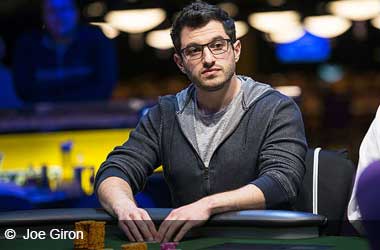 Phil Galfond has always wanted to lose weight, stay in shape, and maintain a healthy lifestyle.

Despite several attempts, he never really managed to achieve that goal as he always ends up returning to his old ways. The American poker pro also wanted to post regular updates about his life and career on social media, just like his fellow pros, but has been unable to do so due to a lack of focus.

Now, the Run It Once (RIO) founder is hoping a prop bet would give him enough motivation to address those two issues once and for all.

Galfond recently entered a $10K prop bet with a friend wherein he must shed 20 lbs in 90 days. In addition to reaching a weight target, he must also increase his social medial followers by 40,000. The prop bet, which Galfond calls the “#102040 Challenge”, will see him lose $10,000 if he fails.

The challenge began on December 13, 2022, with Galfond weighing 177.3 lbs. He initially had a total of 164.5K followers across all of his social media accounts, including Twitter, Instagram, and YouTube. By March next year, the three-time World Series of Poker (WSOP) bracelet winner must weigh 157.3 lbs and grow his followers to 205.2K.

… I decided that there will likely be some people interested in following along as I challenge myself to learn something new, and that my discomfort with sharing personal goals (& my personal life) is one of the main reasons social media doesn't come naturally to me. 10/

Announcing the details of the prop bet on Twitter, Galfond said he will keep his fans and followers up to date with his progress on his new journey. They will probably see more updates via Galfond’s IG stories.

Over the years, the poker world has seen several poker pros getting involved in weight loss prop bets, including brothers Jaime and Matt Staples, who both won a $150,000 fitness challenge from hedge fund manager and prop bet enthusiast Bill Perkins back in 2018. The siblings managed to get to the same weight in one year – Jamie lost 52kg while Matty gained 25kg to meet in the middle.

Mike Matusow and Ted Forrest also entered a weight loss prop bet in 2010 whereby Forrest bet $2 million that he could cut his weight down to less than 140 lbs. Forrest succeeded but Matusow was unable to pay him the full $2 million after the now-defunct online poker site Full Tilt allegedly “stole” his money.

Dan “Jungleman” Cates and Bertrand “ElkY” Grospelier have also agreed to a $150,000 body fat challenge. Both players are hoping to achieve 12% and 14% body fat respectively. The prop bet is ongoing.