partypoker Rolls Out Major Software Update Across US Skins

partypoker Rolls Out Major Software Update Across US Skins 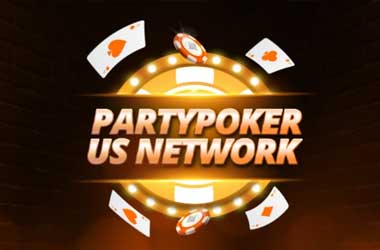 The partypoker U.S network is now sporting a new look following a major software update. The enhancements apply to all three sites operating under the network – partypoker, BetMGM Poker and Borgata Poker. The changes include a set of fresh customization options, all aimed at making the site look less-complicated for American players.

All three skins now come with a new table layout, fresh tournament offerings and a brand new chips to bb feature which allows players to display their chips in terms of big blinds. These new features have already gone live on the international client since December.

The changes are hoped to boost partypoker’s status in the U.S, with the operator stuck in third place over the past few years, failing to get ahead of major competitors PokerStars and WSOP/888. partypoker was once the dominant player in the U.S and across the globe, but that changed when the Unauthorized Internet Gambling Enforcement Act took effect.

Legal humps forced partypoker to quit the U.S market in 2006, while some of its rival operators continued to cater to American customers. Five years later, moving out of the US early proved to be the best decision for partypoker as U.S authorities shut down several sites, including PokerStars, and indicted a number of company executives for fraud charges.

Now, partypoker is working hard on reclaiming the leading position in the global market by strengthening its strategies. The site has been running volume-based promotions to entice the regular pros and also introduced an attractive rakeback system. It’s also putting great emphasis on player feedback, listening to customers’ suggestions and adjusting existing structures and policies accordingly. The site has also put together a dedicated team to crack down on bots and suspicious accounts.

In the past, partypoker had placed the US market on the back burner in terms of significant updates and reboot. That won’t be the case now, especially as the sites prepares to enter Pennsylvania — a promising online poker market.

partypoker could launch in the Keystone State as early as late this year, with the Pennsylvania Gaming Control Board set to discuss its license application next month. Once approved, it will go head to head with PokerStars PA which is currently enjoying a positive trend since going live in November 2019.

partypoker is also setting its eyes on Michigan, as well as other markets including West Virginia and Nevada. CEO Adam Greenblatt said they’re main goal is to become the biggest online poker site in the US.