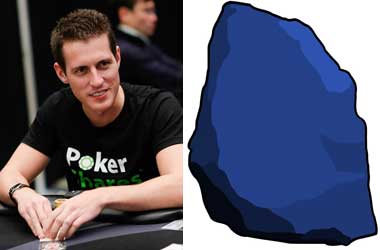 The average poker player is looking to build their bankroll to take part in the numerous online poker festivals taking place in September. Poker players in general are putting money aside keeping in mind that the 2021 World Series of Poker (WSOP) will run from September to November at the Rio in Las Vegas, Nevada.

Mike “Timex” McDonald is not one of those players looking to save money for the next poker tournament. The Canadian is one of the top high stakes poker players in the world having more than $13 million in career prize money to his name.

The 31 year old is ranked 6th on Canada’s All Time Money list and made the headlines in the poker world this week for buying an NFT for over $400,000.

An NFT is known as a non-fungible token and can refer to any digital creation such as a boxing video, a clipart drawing, a JPG file or any other digital asset that cannot be duplicated. NFTs have recently gained a lot of attention recently as a number of simple drawings have sold for six figures.

Mike McDonald posted on Twitter and informed the world that he was the one who recently paid 125 Ether to purchase a picture of a digital blue Ether rock that looks like it was made on an old version of Microsoft Paintbrush. The price of Ethereum (Ether) is over $3,300 at the time of this writing. McDonald confirmed that he paid the equivalent of $409,627.50 to purchase the NFT.

This looked far too rare to pass on https://t.co/VgmPhoZxqR

Many poker players who don’t understand the world of NFT’s are bewildered as to why McDonald will put down nearly half a million to buy what looks like a silly piece of artwork. The Canadian poker pro tried to explain that he did not make a purchase but an investment as the price of NFT digital assets were going to increase.

He claims that he can sell his NFT within a 24 hour period for 1000 Ether but does not plan on doing so. Doug Polk who is a big cryptocurrency enthusiast said NFTs were the hot thing in the market right now and was a good long term investment.

Phil Ivey also made news in the poker community when he released his Royal Flush NFT collection in June 2021 on the Ethernity Chain network.