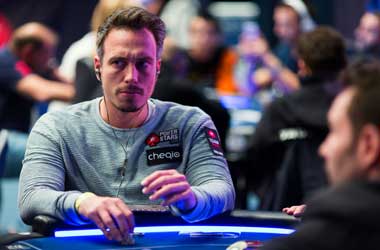 Lex Veldhuis recently announced his plans for the upcoming World Championship of Online Poker (WCOOP) that runs on PokerStars.

The WCOOP always keeps the leading Twitch streamer busy each year and 2022 is no different, with the festival offering $85,000,000 in total guarantees.

Pokerstars WCOOP, which was launched in 2002 with the main goal of putting together an online equivalent of the World Series of Poker (WSOP), has since grown to become one of the world’s biggest and most prestigious online poker festivals and Veldhuis has been a fan ever since. What he loves most about WCOOP is its championship element, which he said adds a deeper level of prestige to the series.

The WCOOP is “massively important” to Veldhuis’ career and for that reason, he always finds time to participate in the series despite his hectic schedule. The Dutch player said he is making adjustments to his streaming schedule for WCOOP this year, which will see him do more streams between Saturday and Monday, with particular focus on Sunday as major action usually takes place on that day, which means attracting more viewers.

Lex Veldhuis said WCOOP is one of the things that keep him pumped up and he believes the festival carries that unique prestige that remains unmatched by other online tournament series out there. The 2022 WCOOP gets underway on September 4 and will run through September 28, featuring 12 championship events, headlined by three Main Events that offer more than $12 million in combined guaranteed prize money. Veldhuis said he can’t wait for the action to begin.

Twitch Streamers Must be Consistent

Veldhuis is considered among the top poker streamers today with one of the biggest followings, but he remains humbled by the fact that he needs to continue to work hard and be consistent if he wants to keep his audiences. That’s why the 38-year-old always makes sure to stream more frequently and regularly engage with his fans and followers. He said it’s always been a give-and-take process – if your audience invests time into your streams, you must also reciprocate that.

Apart from WCOOP, Veldhuis has been preparing for another big challenge as he and his wife are set to welcome their second child. He said he needed to make changes to his streaming schedule to be flexible as much as possible and he is happy that his followers understand his current situation.