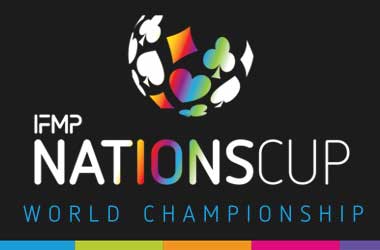 The International Federation of Match Poker (IFMP) has announced that the Nations Cup Final will now be held online. The poker event was originally scheduled to take place in Peru, but majority of the participating countries are still on lockdown due to the coronavirus pandemic, with the Peruvian government also struggling to deal with the crisis in their home soil.

The Nations Cup Final will still proceed as scheduled, running on May 30-31. However, participants will now compete virtually, via a digital host platform. Players from 14 nations will take part in the competition from their individual home locations through IFMP’s innovative gameplay software.

The competitors will still be able to see and interact with each other during the session, and players will also be allowed to communicate with their fellow team members, their captain, and analysts to discuss their strategies and tactics during breaks according to IFMP President Patrick Nally.

As the event will now be held virtually, participants will play according to their respective time zones, which means some players will be playing early in the morning, while others will get in on the action in the evening.

The participating countries include Singapore, Taiwan, Korea, Australia, Germany, Poland, Lithuania and Belarus. Defending world champions Ukraine, as well as Asian champs India and European champions Spain will also be competing. They will be joined by a “digital nation” and President Nally’s “pick“.

Poker As A Game Of Skill

The IFMP has been organizing Match Poker competitions to promote poker as a mind sport and a game based on skill, reducing the inherent element of chance involved in the game. With players competing in a team-based format, winning primarily boils down to team work and collective effort.

The world of sports has been highly affected by the ongoing pandemic, as hundreds of huge sporting events worldwide had to be cancelled over health concerns. Nally said the social relationships that the Match Poker live events help establish are extremely important to them, however the health and safety of players and staff should be their main priority these days. Nally said they will continue to support the international tournament virtually, until everything goes back to normal.

The IFMP started with just seven member nations, which now grew to over 60 federations. It is an observer member of the Global Association of International Sports Federations (GAISF).