Major Poker Events Which Are Currently In Limbo Due To COVID-19 April 24, 2020 Mario Alfonsi 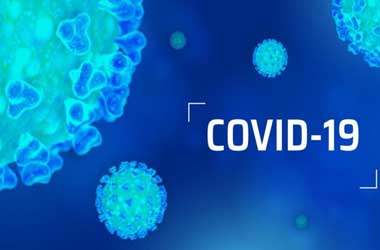 This week, the most-awaited news in the world of poker finally broke out — the World Series of Poker (WSOP) officially confirmed that this year’s festival has been postponed as a result of the COVID-19 pandemic.

But a few major events still hang in limbo as the deadly coronavirus continues to wreak havoc across the globe.

Three World Poker Tour (WPT) final tables are currently on hold amid the ongoing crisis, and it remains unclear whether or not those events will push through.

The final tables were originally scheduled to take place at the Luxor’s HyperX Esports Arena on the Las Vegas Strip in March and April, but the temporary closure of casinos in Nevada meant the events also had to be suspended.

According to the latest statement from WPT Executive Director Matt Savage, the decision whether or not to proceed with holding the pending final tables relies solely on their partner casinos. As soon as the casinos reopen their doors, then the WPT will be ready to run those events, though they recently announced a first ever Online Series.

Given the current situation in the US, the six finalists from the LA Poker Classic (Los Angeles), Gardens Poker Championship (Los Angeles) and the Borgata Winter Poker Open (Atlantic City), may have to wait longer before they could return to the tables to resume the action and ultimately crown a winner.

The European Poker Tour (EPT) is set to hold its Barcelona stop this coming August, and among the most highly-anticipated events to run as part of the festival is the PokerStars Players Championship (PSPC).

The PSPC is a $25,000 buy-in tournament which made a debut in 2019. It created a mark in the international tournament scene because of its Platinum Pass promo, which catapulted one Spanish former fitness instructor into the spotlight. Ramon Colillas managed to turn his Platinum Pass into a massive $5.1 million after taking down the event, which attracted a total of 1,039 players.

The tournament will now run as part of EPT Barcelona on August 20-24, however it may not take place as planned due to the coronavirus pandemic. Host country Spain is among the most-affected by the global health crisis, with 213,000 positive cases, second only to USA. More than 22,000 people have also died from the disease in the country.

Live poker has been dealt a huge blow during these trying times, and what we in the poker community can do is to remain hopeful that this crisis will end sooner rather than later.