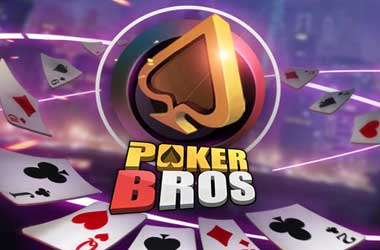 Online poker has always been susceptible to cheating, despite growing efforts to bust the practice. With the surge in traffic currently being enjoyed by online sites and apps due to the ongoing global health crisis, they become more attractive targets for fraudsters. In some instances, the people running the apps are actually directly involved defrauding their players.

One app has come under the spotlight over the past few days after a crazy hand was exposed on Twitter, seemingly suggesting some sort of an “inside job“. The mobile phone app in question is PokerBros.

A video posted on Twitter shows a $70 Freezeout game, with one player pulling off one crazy move. While this act is common among newbies and inexperienced players because of their lack of skills and their inability to play the hand well, many believe the hand in question was just too dodgy.

Can u please explain what was going thru villains mind? And i thought i was punting. Bot? pic.twitter.com/1YlJD8uXEM

A lot of mobile poker apps nowadays operate under affiliate programs. If you want to join a club, you cannot do so directly, as you need to go through an agent or a middleman who will handle the financial transactions. Many players ended up becoming victims of this method.

A number of affiliates have already been tainted with controversy for mishandling player funds, such as ChinaStaking, and Adnan “nypokerking” Mohammad, an affiliate of PPPoker. One player who trusted his funds to ChinaStaking, complained of multiple log-ins to his own account. That player reportedly ended up losing his $28,000. Adnan Mohammad and PPPoker also made headlines after the former refused to pay out over $84,000 in player funds.

Mohammad once managed a social poker club named PokerClub.ag on Instagram, using play money. Players and affiliates reportedly exchanged these chips for real money. As things went downhill, the owners of the app denied any involvement, saying they were just there to provide a platform.

Ponzi schemes are common in online poker, with many players not being able to collect their winnings. These scenarios should serve as warning to new players out there wanting to try online poker.

If you are new to online poker and are looking to join a new poker club or site, it is best that you sign up with reputable sites, those that are already established, instead of trying your luck on dubious, lesser-known poker rooms or apps. The bonus offers and promotions at these rogue sites can be very attractive but in the end, players will end up losing a lot of money.