Hustler Casino Live has only been around for a year but has already made a mark in livestreamed poker.

The brainchild of Ryan Feldman and Nick Vertucci, Hustler Casino Live has grown to become one of the most-watched and most-followed cash game US poker shows today.

How It All Began

Feldman is well-known as the former owner and producer of Live at the Bike (LATB), a livestreamed cash game show at Bicycle Casino. He left the show in early 2020. Following his departure from LATB, Feldman reached out to Vertucci for a potential partnership to launch a new live stream poker show. Vertucci, an avid poker player who has been involved in various businesses including real estate and tech for the past three decades, liked the idea.

The pair then launched Hustler Casino Live on August 3, 2021, at Hustler Casino in Los Angeles. The first episode saw some old faces from LATB, including commentators David Tuchman and Bart Hanson, as well as cash game player Israeli Ron.

Feldman said they initially didn’t have any specific goals for the show. Around the time Hustler Casino Live was launched, livestreamed poker was dealing with a massive cheating scandal – the one involving Stones Gambling Hall and Mike Postle. The show would also compete with the pioneering and well-established LATB.

Despite the challenges, Feldman and Vertucci followed their gut and believed in themselves, and look where the show is right now. Over the past 12 months, it has gained more than 150,000 subscribers on YouTube which is no easy feat. On top of that, poker revenue at Hustler Casino also went up by 15%, according to general manager Shaun Yaple.

Plenty of prominent names have played on the show, including poker legends Phil Ivey and Tom Dwan, as well as LA high-stakes legend and LATB regular Garrett Adelstein. Most recently, Phil Hellmuth and online personalities Ninja, MrBeast, Ludwig, and Alexandra Botez also came on the show.

All Star Poker Game To Celebrate

Indeed, it has been a wonderful 12 months for Hustler Casino Live and to celebrate its first year of bringing top-notch cash game action to fans and spectators across the globe, it hosted an all-star game on Aug 3 and some of the most popular players on the show, such as Adelstein, Wesley Fei and Andy Tsai took part to celebrate the one year anniversary! 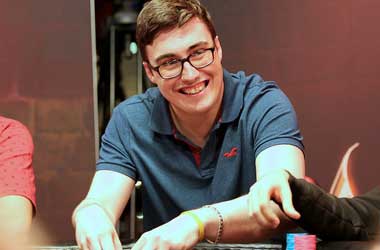