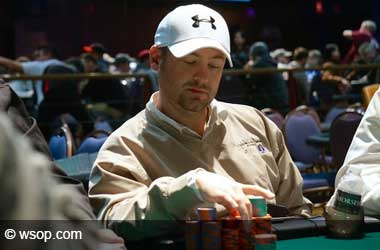 Mike Postle has taken a lot of flak from the poker community after he was accused of cheating during live-streamed cash games at the Stones Gambling Hall in Citrus Heights where he plays regularly.

While Brill did not disclose the name of the alleged “cheater“, many believe she was referring to Postle.

Am I sure that this player is cheating? No. Do I think that there is a greater than zero % chance that he is? Yes
Have numerous professional poker players voiced their concerns to me regarding this player? Yes.

A regular on Stones Live, Postle is a successful cash game player considered by many as among the biggest winners in the cash game arena. He often takes part in Stones Live, playing $1/$3 and $5/$5, and he rarely loses. When the cheating accusations surfaced, many in the poker community now claim that Postle doesn’t play as much in games that are away from the camera on the Citrus Heights property.

Some poker pros have also been giving their take on the issue, with some combing through hours of livestreamed footage to find evidence. Poker player and content creator Joey Ingram recently investigated the allegations and came up with a five-hour video to explain what he found.

One “suspicious” hand involved no less than 2003 WSOP Main Event champ Chris Moneymaker in a $5/$5 game. During the hand, Postle called an all-in bet despite holding only 5h4c pre-flop, against the A-K of Moneymaker and one other player. Postle ultimately won the hand for $11,000.

The cheating scandal is currently making the rounds on the TwoPlusTwo forum, with several members now questioning other livestreamed plays on Stones Live that appeared to disconnect with Postle’s loose-aggressive playing style.

Ingram also compiled Postle’s on-stream results, which showed that in 2018 alone, the player almost won all sessions he played in the low stakes.

Postle has since taken to Twitter to clear his name, even sharing a number of clips where he played and lost some hands. Postle said he plays high-variance poker and doesn’t win all the time, contrary to what others are claiming.

Postle has made a name for himself for his impressive on-stream results, but many are now doubting whether he is really as good in games and tournaments off-cam. Postle blames jealousy as the main reason for the cheating allegations being thrown at him. The player said he will hire a third-party to disprove these cheating allegations.