Top Poker Pros Argue On When Is The Right Time To Turn Pro September 26, 2019 Mario Alfonsi 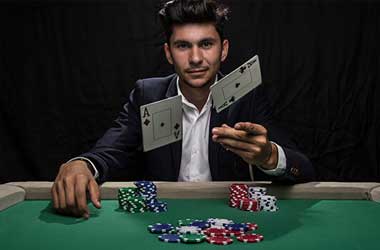 There are a lot of factors to consider when embarking on a professional poker career as the competition at the poker table these days is a lot more intense than before. While there is a lot more money to be won playing poker these days, the risk factor is also very high.

There are thousands of amateur poker players out there who are eager to turn pro and make a living playing poker. The decision to turn pro is a very important one and there are a number of factors to consider. The most important question that a player must address is if they are financially prepared to take on a career as a full time poker pro?

How much is enough? This age-old subject was resurrected once again in a recent Twitter debate involving two poker pros who now keep themselves busy with streaming multi-table tournaments on Twitch. Jaime Staples and Doug Polk gave their take on whether or not players should be able to earn $100,000 each year in order to go pro, and both players had opposing views.

Staples, who publicly revealed that his earnings for the each of the past five years were below the $100,000 mark, said a player’s annual income shouldn’t be the only benchmark for poker success. The Twitch streamer said you can still make it as a professional player despite earning less than $100,000 a year. While his views received positive responses from aspiring players, Doug Polk disagreed and provided good reasons why he things otherwise.

Polk said it is fairly difficult to survive the variance of professional poker if you don’t have enough funds for the bad days. The three-time World Series of Poker bracelet winner said a player shouldn’t take the risk of becoming a pro, if they are not yet financially insulated from potential downswings. According to Polk, if a player is making less than $100,000 per year, they will struggle to survive long term.

Things To Consider Before Turning Pro

Polk says players must realise that they will have to shoulder all personal expenses and financial obligations, including taxes and insurance as there is no fixed salary to fall back on. Players also need to be prepared for going long periods of time without income. He advises players to put away enough in savings so they can get by during these times without having to depend on a win at the poker table to pay the bills as it puts added pressure on the player.

He also pointed to the fact that unless a player had a strong bankroll, they would not be able to move up and play high stakes poker which is where one can win big payouts.