TonyBet Closes Down Poker Room With No Explanation To Players

TonyBet Closes Down Poker Room With No Explanation To Players

TonyBet Closes Down Poker Room With No Explanation To Players July 28, 2020 Mario Alfonsi 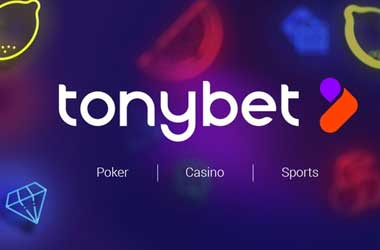 After seven years of operating as a standalone site, TonyBet Poker now becomes a thing of the past. Access to the site has been terminated since July 20, indicating that it has shut down for good.

There has been no official announcement yet on its sudden closure as of this writing, but it’s understood the site has now stopped serving customers, joining several other online poker operators that closed this year.

TonyBet had been operating for 13 years, but it shifted to an independent platform just seven years ago, which allowed it to run its own online poker network across different locations, acquiring licenses in Denmark, Estonia, and the UK.

TonyBet paled in comparison to other existing sites in terms of online traffic. This, despite being among the first online poker platforms to offer Chinese poker and Bitcoin deposits. The site’s efforts weren’t enough to keep pace with competition and adapt to the changing times. On its final moments, TonyBet was the 55th most active online poker site in the world, according to data from PokerScout.

Unlike Unibet Poker, which has also been operating as an independent site since 2013 and which has managed to stay afloat despite challenging times, TonyBet failed to improve and was unable to gain traction, leading to its ultimate demise. It maybe because the company had placed more focus on its sportsbook offering that online poker wasn’t a top priority.

This year saw a number of operators shutting its doors, mainly due to the permanent closure of the Microgaming Poker Network (MPN). While some of the skins previously running under the network were able to find a new home, the smaller sites struggled and decided to terminate their operations, such as 32Red finally folded in May. The bigger skins including OlyBet and Grosvenor Poker transitioned to GGNetwork and iPoker respectively.

The industry may have lost another player, but the picture isn’t that gloomy. In fact, since the COVID-19 lockdown, online gaming, including online poker, has enjoyed a massive surge in traffic. The leading operators have managed to keep the momentum by coming up with explosive offerings, massive tournaments featuring mouth-watering guarantees, and fresh innovative features.

TonyBet has finally bid goodbye but its loyal customers and players can always look for greener pastures as there are a number of top online poker rooms who are ready to welcome them with open arms.