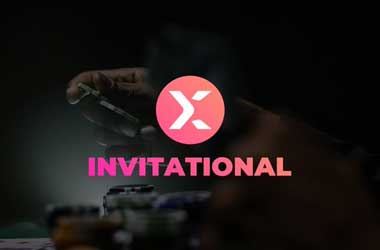 The invite-only event StormX Invitational Poker Tournament is scheduled for March 3, 2022, and will take place at the PokerGO Studio at ARIA Resort & Casino in Las Vegas.

The upcoming tournament will feature popular celebrities from different industries, including NBA stars Michael Carter-Williams and Paul Pierce, as well as NASCAR racing driver Landon Cassill. They will be joined by some of the world’s best poker players such as Tom Dwan, Maria Ho, Nick Schulman and Matt Berkey.

The tournament has a buy-in of $5,000, with the prize pool expected to reach $500,000. There will be 81 participants all in all, comprised of crypto entrepreneurs and investors, celebrities, and poker pros.

According to Simon Yu, CEO and co-founder of StormX, the tournament aims to bring together people from different industries to create an enjoyable event that crypto and poker fans alike will be able to watch.

Earlier this month, StormX has officially become PokerGO’s exclusive cryptocurrency partner as part of a multi-year partnership deal. Under the deal, StormX will be promoted across PokerGO’s wide portfolio of shows and events, such as the PokerGO Tour.

A lot of poker players and fans are crypto enthusiasts as well and PokerGO has high hopes that its partnership with StormX will open up a variety of poker opportunities that will enable the brand to provide enhanced value to its customers.

The first sign of the new partnership between StormX and PokerGO was seen in the recently-concluded Stairway to Millions poker tournament series which ran from January 12-20. Among the biggest winners of the series was Nick Pentrangelo who won the final two tournaments for $1.5 million in combined winnings.

StormX and PokerGO will be offering joint sweepstakes and giveaways, awarding prizes in the form of PokerGO subscriptions, cryptocurrency, and more.

The March event will be the first of the many invite-only tournaments that both brands plan to host in the years ahead. A portion of the sponsorship revenue will go towards various entrepreneurial and STEM initiatives in Miami.

The full line-up of participants for the upcoming tournament is available on the StormX website.