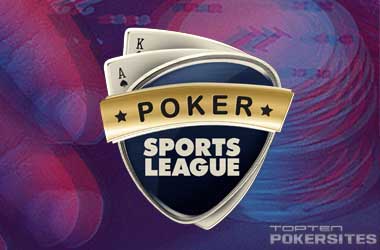 India’s first poker league, the Poker Sports League (PSL), is returning for its fourth season. Those keen on taking part in the prestigious event should clear out their schedules for March 2022 as the qualifiers will kick off.

The fourth season promises to be bigger than ever, combining entertainment and state-of-the-art technology, with an aim to provide a platform where players can amplify their skills, and improve the experiences of poker spectators and fans.

PSL Season 4 was originally scheduled to begin in November 2021, but it was eventually moved to March 2022 due to the COVID-19 pandemic.

The league will bring together various participants from different states, comprised of both poker pros and amateurs. Season 4 officially kicks off with a selection ceremony scheduled for March 5. There will be two to three matches each week held online. The season will culminate in a livestreamed finale taking place from April 20-24, 2022.

Amateur players who want to take a shot at cool prizes should participate in the qualifiers and do their best to collect points and climb to the top of the leaderboard. At the end of the qualifiers, the top 36 players will make it to the player draft for the PSL team selections.

One of the best things about PSL is that it is a free-to-play series, meaning players can enter without paying a buy-in but they can win huge prizes and get the opportunity to rub shoulders with some of India’s best poker pros. Win or lose, players will treasure the experience and the lessons gained from competing in the league.

The team behind PSL is integrating technology in the upcoming season, putting up online streaming of matches in the league.

Pranav Bagai, PSL CEO and co-founder, believes that going phygital is the future of the gaming industry, adding that innovation in technology has always been the core of the league.