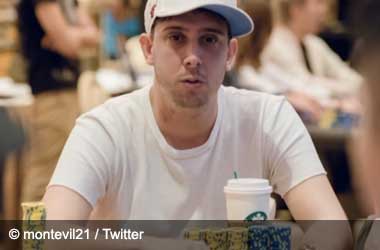 A Spanish Poker player going by the name Diego aka “Montevil21“ was crowned the winner of the Marrakech Poker Open Main Event.

The three-day tournament attracted a total of 426 entries to create nearly €4.9 million in total prize pool. In the end, it was “Montevil21” who emerged as the best player, taking home the €100,000 top prize.

The €1,300 buy-in tournament ran as part of the 2022 Marrakech Poker Open which took place at Casino de Marrakech. It was the first major series that the venue has hosted since the pandemic.

The final day saw just 12 players battling it out for the title, each guaranteed to walk away with €6,300 regardless of the results. Among those who managed to reach Day 3 of the tournament but didn’t make it to the final table were World Series of Poker (WSOP) bracelet winner Jean-Luc Adam, Mohamed Ait Chaib and Ali Ait Al Haj.

Spanish player “David“ became the first player to leave the nine-handed final table, finishing 9th for €9,000. Rakesh Lalwani, the only Indian player at the final table, was next out, earning €11,000 for his 8th-place finish. That was the third final table for Lalwani who also ran deep in The Opener and the High Roller earlier in the series.

Bachir Moutki and Muhammed Hakim, both from Morocco, failed to advance further as they busted in 7th and 6th place, winning €13,700 and €17,000 respectively, courtesy of fellow Moroccan Said Haho who grabbed the chip lead from the eventual winner after the two eliminations. “OCD“ also bowed out of the game in 5th place for €23,000. Shortly after that, it was Mounim Kaddouri‘s turn to go. The French player claimed the 4th spot for €33,500.

Heads-up play was set when Haho eventually left the table after shoving pre-flop with ace-jack against the pocket jacks of “Montevil21“. The Moroccan finished 3rd with €47,500 in winnings.

“Montevil21” began the one-on-one match with Ahmed Bourma with a comfortable lead, and it proved to be just a short affair. In the final hand, “Montevil21” three-bet with ace-king and Bourma called all in holding ace-ten. And just like that, “Montevil21” walked away with the €100,000 top prize and trophy, while his Moroccan opponent collected €70,000 for finishing second.