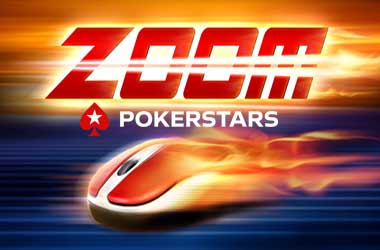 In March 2012, PokerStars introduced its newest fastfold cash game “Zoom“. The fast-paced format allows players to play multiple tables at a time and face different opponents during each hand.

In a bid to make the experience more exciting for players, the online poker giant is planning to roll out antes across micro-stakes cash game tables for Zoom. The new feature is currently being trialed at the $0.01/$0.02, $0.02/$0.05, and $0.05/$0.10 stakes, covering both No-Limit Hold’em and Pot-Limit Omaha games.

The antes first appeared last week following an announcement from the site. They have been added to all table sizes, except heads-up. An ante is a forced bet put in by players into the pot before the deal.

The main purpose of antes is to generate bigger pots, thereby encouraging players to play more hands, producing more action. While antes are a common feature in poker tournaments, they are rarely available in cash games, though some operators like PokerStars have introduced them at certain NLH cash tables.

Currently, Zoom cash games are played with antes at the lower limits where every player at the table should put in an ante ranging from 10% to 50% of the big blind. When you’re a micro stakes Zoom player, the ante is essentially equivalent to the size of the small blind.

While PokerStars has posted a message in the lobby confirming that the antes are still on trial phase, it’s understood the new feature will eventually be rolled out across the dot-com client if the trial proves successful.

The new changes did not sit well with everyone though, with some players claiming the introduction of antes is just another way for PokerStars to collect more rake as the pots become bigger.

A thread on Two Plus Two has tackled these changes, gaining mixed responses from members. One commenter said forcing antes into Zoom micro stakes tables will only push players away from the site. While some believe it is just another rake grab attempt by the online poker giant, some were actually defending the changes, saying the new feature will induce more action.

PokerStars is not the only operator introducing antes to cash games. The feature is actually common especially in live cash games. Rival operator partypoker also recently launched a similar feature in their Fast Forward games, enforcing an obligatory contribution from every player at the beginning of the hand.