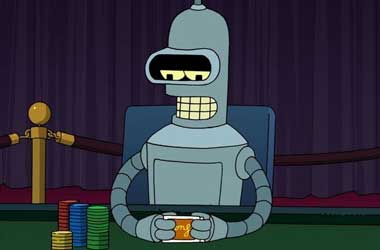 Massive cheating is once again making headlines within the poker community after a Twitch streamer has been accused of using real-time AI in playing high-stakes games online.

The revelation recently exploded on Twitter courtesy of a Russian community member who claimed that the alleged cheat could have walked away with around $500k in illicit winnings.

Two major online poker sites, GGPoker and partypoker, have been dragged into the cheating controversy as the accused player, using the screen name “littlepoker”, allegedly carried out the unscrupulous act on both platforms.

Russian community member TylerRM has accused a recent twitch streamer 'littlepoker' (https://t.co/noVUgXdf76) of being assisted in the 500 ABI games on GG/Party and, via his own screenshot the group of usernames under which he plays seem to have accrued half a million in profit. pic.twitter.com/L9FUUDrGXS

Whistleblower “TylerRM” initially revealed that a group of players were using identical AI that assisted them with decision making during scheduled tournaments on 888poker. Tyler published screenshots of relevant data to support his claim, showing that the poker software enabled the players to achieve higher win rates. The allegations were posted on Two Plus Two.

888poker already responded to the allegations, saying they’d look into the matter promptly and carefully, with the accounts in question to be thoroughly reviewed. The site said they would act accordingly as soon as the results of the investigation are out.

In the middle of the AI controversy, Patrick Leonard also came out with a video supporting allegations that some players are indeed using real-time poker software to help them at the virtual tables.

This is biggest threat to online poker. @GGPokerOfficial he shows his screen name cheating here, linking account and finding out real name and all sites working together and shutting this down collectively is crucial. Confiscate full account balances

In the video, the player was employing an AI to provide them with GTO solutions while playing on GGPoker. This, according to Leonard, is the “biggest threat to online poker“. The partypoker ambassador is calling on all online poker sites to work together to go after these dubious accounts and collectively shut them down.

The use of real-time poker software has long been a problem in the online poker sphere, as they can potentially become a sophisticated instrument for cheating.

With some sites now banning hand histories, there were concerns the move would only result in more fraudulent activity. Hand histories help in monitoring action at the table and identifying potential cheats. Other concerns raised were the widespread use of VPNs and the increasing popularity of affiliate agreements which can also result in massive cheating.

Unethical Use of Technology Putting Online Poker At Risk

While technological advances are generally designed to create a positive impact across various industries, some people use them for their own personal agenda, at the expense of innocent individuals.

While the latest accusations regarding AI-assisted play are still subject for investigation, if they’re found to be true, non-suspecting players, including regulars and recreational players would be hugely impacted, putting the future of online poker on the line. Operators should step in and act before it’s too late.

PokerStars Gives Players Multiple Options to Qualify For The Big ...

Daniel Negreanu Has Only Won 1 WSOP Bracelet At The Rio