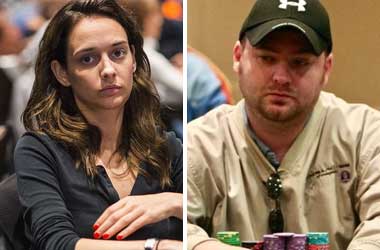 American poker player Marle Cordeiro‘s lawsuit against Mike Postle has now been dismissed. The United States District Court in Nevada decided on Aug 14 to drop the case for lack of personal jurisdiction. Cordeiro sued Postle back in April, accusing him of cheating using his cellphone during livestreamed cash games at Stones Gambling Hall.

Cordeiro, who claimed she was a victim of Postle’s alleged cheating scheme, was seeking $250,000 in punitive damages and was requesting a trial by jury.

Represented by noted gaming attorney Maurice “Mac” VerStandig, Cordeiro filed her lawsuit in the United States District Court District of Nevada, echoing several allegations laid out in a separate class action suit filed against Postle in California, among them that Postle was aided by an unidentified confederate who sent him information about the hole cards of his opponents via high-tech, electronic communication which enabled him to achieve impossible win rates.

On August 14, US District Judge James C. Mahan dismissed the case, after applying the “Calder Test“. Under this three-part test, the plaintiff must prove that the defendant allegedly committed an intentional act that’s “expressly aimed” at the forum state.

In the suit, VerStandig argued that while the games took place in California, they still had an impact on Cordeiro as they were broadcast online, and were accessed by the player even if she’s living in a different state. The gaming lawyer said this lured his client into taking part in the games, which ended up in her being “defrauded” by Postle.

But the court had a different view – the defendant was not the broadcaster and was only a participant of the livestreamed games, meaning the alleged cheating was not “expressly aimed” at the state of Nevada. As to the jurisdictional discovery sought by Cordeiro, the Judge ruled that while the defendant occasionally travels to Reno for a child custody agreement with his ex-partner, it did not sufficiently constitute general personal jurisdiction.

In simple terms, the case couldn’t proceed because it was filed in Nevada, while the games and alleged poker misconduct happened in California. Reacting to the ruling, Cordeiro’s counsel VerStandig said he has immense respect for the court’s decision, but he emphasized that the ruling “does not speak to the merits of the case“. VerStandig said they’re still reviewing the order and looking at various options to decide on their next move.

In June, a federal judge also dismissed a massive class action lawsuit against Postle, Stones, and Tournament Director Justin Kuraitis, citing California law which states that gambling-related losses that took place in the state cannot be recovered in court.

PokerStars MI Brings Back “The Michigan Classic” With ...