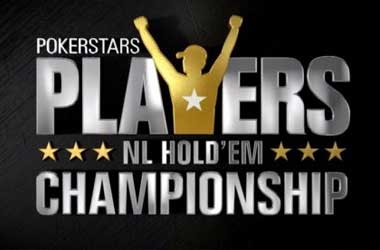 The inaugural 2019 PokerStars Players No-Limit Hold’em Championship (PSPC) turned out to be a great success for PokerStars as it was the biggest poker tournament in the history of the game. The online poker giant confirmed at EPT Barcelona that a second edition of the PSPC will take place in August 2020.

PokerStars took a full year to promote the first edition of the PSPC and ran some unique campaigns to promote the PSPC. The Platinum Pass promotion was a brilliant idea as PokerStars decided to give away more than 300 passes to poker players through various competitions, tasks and events that allowed them to attend the PSPC without having to shell out the $25,000 buy-in.

Ramon Colillas was one of the players who attended the 2019 PSPC through a free Platinum Pass. He ended up beating more than 1000 players and won a whopping $5 million in prize money. The Platinum Pass promotion will once again create a big stir in the global poker community as poker players from different parts of the world have multiple opportunities to get their hands on a coveted Platinum Pass.

The Platinum Pass for the 2020 PSPC is expected to be similar to the 2019 Platinum Pass. It will have a value of $30,000 that includes the $25,000 buy-in plus an additional $5,000 that will cover a return flight for two to Barcelona, 6 nights’ accommodation, transfers and expenses.

PokerStars will keep giving away passes right up till August 2020 and will release details of new promotions and events that have Platinum Pass giveaways via its official blog. As of now, PokerStars is giving away 10 Platinum Passes through its Stars Rewards Mystery Chest promotion. Five of these passes will be awarded via its .FRES domain and five passes via its .com domain.

PokerStars announced the 2020 PSPC at the 2019 EPT Barcelona tournament and also surprised the final 5 players at the Chase Your Dream – Play Against Your Heroes competition.