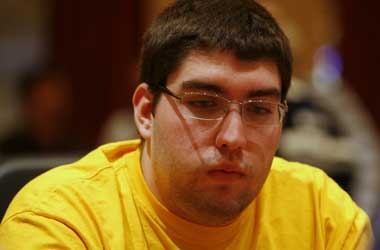 It’s been a year since Pennsylvania launched its regulated online poker market, and that period has been marked by record numbers in almost all aspects, including player traffic, tournament turnouts, and prizes on offer, making PA one of the most promising online poker markets in the US.

PokerStars was the first online poker room to open in PA. It officially went live on November 4, 2019, and a lot has happened since then. From hosting record tournaments, to coming up with new game offerings, the operator has given Pennsylvanian players what they’ve long been waiting for.

In turn, the site has also benefited in the form of huge revenues which peaked during the lockdown period. To thank all of their PA customers, the operator hosted a $1 million guaranteed First Anniversary Series last month.

Up until now, PokerStars is enjoying an online poker monopoly in the Keystone State, though it’s understood that will end anytime soon with the entrance of other major operators. Given this potential scenario, how will the world’s largest online poker site maintain its dominance in the PA market?

This is something the operator will work on moving forward, and Luke Staudenmaier, Head of Poker Operations for PokerStarsPA, is certain players will get to enjoy bigger and more ambitious tournaments, exciting new promotions, as well as relevant software updates to enhance their overall online experience.

Staudenmaier said offering new games would become part of their improvement plans as they enter their second year in Pennsylvania. A lot of players would definitely want to see Spin & Go tournaments being added to the site’s offerings, and Staudenmaier isn’t discounting that possibility. According to him, there would be a lot of exciting things in store for their community in PA this 2021.
COVID-19 Impact

When it comes to how the ongoing global health crisis has impacted their operations and future plans in Pennsylvania, Staudenmaier said the pandemic did not have a major impact on their operations, given that they were still in their early stages of operating in PA when COVID-19 hit. Because of this, they have yet to figure out what constitutes a revenue baseline.

PokerStars will continue to invest in the PA market, regardless of the tough competition that is ahead. Staudenmaier said they will strengthen their relationship with the community by consistently providing entertaining and rewarding experiences and by listening to player feedback.