WPT To Run Both Live Events And Online Festivals In 2021

WPT To Run Both Live Events And Online Festivals In 2021

WPT To Run Both Live Events And Online Festivals In 2021 November 23, 2020 Mario Alfonsi 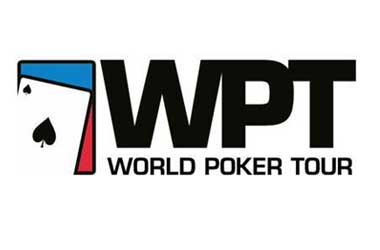 The World Poker Tour (WPT) is bringing back their popular live events in 2021, and will also continue to host major online tournaments, following the massive success of their online festivals this year.

The WPT will kick off 2021 with the Lucky Hearts Poker Open (LHPO), in partnership with host venue Seminole Hard Rock Hollywood.

The casino recently confirmed that the festival will return in January 2021, headlined by a $3,500 buy-in, $1M GTD WPT Main Event.

The LHPO will run from January 14-26, featuring a multi-flight opening event which has a buy-in of $600, and a guarantee of $300,000. Apart from no-limit Hold’em, the schedule also features an array of other formats and variants, with buy-ins concentrating on the $400 level.

A handful of other tournaments also come with six-figure guarantees, but the main highlight of the festival will be the Main Event which takes place on January 22. It has two starting flights, and allows re-entries. The winner will have his or her name engraved into the prestigious Mike Sexton WPT Champions Cup, and will also secure a seat into the WPT Tournament of Champions.

The latest edition of the LHPO took place back in January, and produced almost $2.7 million in total prize pool, surpassing their $2 million advertised guarantee.

The WPT also announced that a $3,500 buy-in Online Poker Open Main Event will take place for their players based in New Jersey. It takes place during December 27-29 on the partypoker US Network, with a whopping $1 million guarantee. Satellites will be running for as low as $5 to accommodate as many players as possible.

This follows the WPT’s decision to also move WPT Montreal to the virtual felts. The festival will run in January 2021 on partypoker, instead of its traditional November schedule. The WPT Online Series will also return for a second year in May 2021, with the live tour also expected to go back to Sochi, Russia in mid-February.