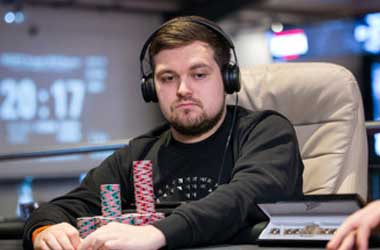 A huge majority of the poker players attending the 2019 World Series of Poker Europe (WSOPE) hail from Europe and this is no surprise given the fact that the tournament is taking place in Rozvadov, Czech Republic.

A Ukrainian poker pro was the first player to win a gold bracelet at the 2019 WSOPE. Renat Bohdanov took down Event #1: €350 Opener No-Limit Hold’em, capturing the first of 15 WSOP gold bracelets to be awarded during this year’s edition.

Bohdanov topped a field of 1,011 entries and engaged in a long heads-up battle with eventual runner-up Norbert Mosonyi to win €53,654 as top prize, plus free entry into the WSOPE Main Event. Bohdanov’s victory represents the seventh gold bracelet for Ukraine, and the first for the 34-year-old.

The €350 buy-in event ran for four days, with two starting flights. Ten players returned to the final day, all aiming to bring home the much-coveted bracelet.

Lithuania’s Ricardas Vymeris was the first player to be eliminated from the final table, taking home €3,853 for his 9th place finish. Australia’s Jeff Lisandro was aiming to win his seventh bracelet, but he failed to do so after being sent to the rail with ace-seven against Samuel Mika‘s pocket queens. Lisandro took the 8th spot, earning €5,026.

Lisandro was followed to the cashier by Rafi Elharar who ended his bid in 7th place for €6,651. The Israeli faced Bohdanov all-in on the flop with top pair, but failed to advance as the eventual champ held top pair with the better kicker. Nevertheless, this year has been a great one for Elharar. He captured the largest cash of his career during the 2019 WSOP after finishing third at the Big 50 for $534,574.

The next player to go was Michael Kral who walked away with €8,923 for his 6th place finish. Samuel Mika lost a key hand to Bohdanov, ending his bid in 5th place and taking home €12,138 for his efforts. Mosonyi was able gain the chip lead after eliminating Mykhailo Hryhoriev in 4th place for €16,736.

Eyal Bensimhon was aiming to win his maiden WSOP bracelet, but his dreams were crushed after running king-three into the eventual winner’s ace-six. Bensimhon, who already has a WSOP Circuit Ring on his resume, earned €23,386 for finishing third.

Bohdanov and Mosonyi competed for the lion’s share of the prize in an exciting heads-up duel which saw the chip lead being passed back and forth between the two players. Bohdanov’s victory was sealed after his ace-nine triumphed against Mosonyi’s king-five during an all-in battle. The Hungarian took home €33,112 as runner-up.