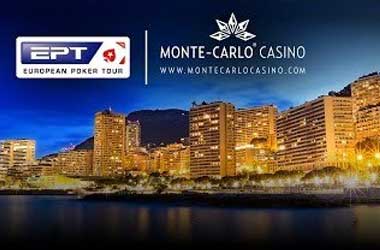 The European Poker Tour (EPT) is finally returning to the Monte-Carlo Casino.

PokerStars has announced that the popular EPT stop is back this year, running from April 28 – May 7, 2022.

Over the years, the Monte-Carlo Casino has played host to multiple EPT Grand Final tournaments. Among the players who were crowned at the luxurious venue was Gavin Griffin who claimed the EPT Monte-Carlo’s first seven-figure prize of €1,825,010 back in 2007. The Illinois native shipped the title after qualifying via a $240 online satellite tournament on PokerStars.

The latest EPT Monte-Carlo Main Event champ is Manig Loeser who bagged the title back in 2019 for €603,777. After a two-year hiatus, the Monte-Carlo Casino will finally crown a new Main Event winner in the next few months.

The upcoming festival is headlined by three major tournaments. The first is a €100,000 buy-in EPT Super High Roller which takes place from May 1-3. A similar event ran in 2019 and it was won by Sergio Aldo for €1,589,190 after outclassing a 52-entry field.

And of course, players shouldn’t miss the EPT Main Event scheduled for May 2-7. The tournament features a buy-in of €5,300, but PokerStars will be hosting a series of online satellites for as low as €1.10. Loeser will likely be in attendance to defend his title.

Severin Rasset, Managing Director & Commercial Officer for PokerStars said they’re excited to bring back one of the most popular EPT stops which many players have come to love over the years. He also announced the return of regional tours which will delight many EPT fans.

While COVID-19 restrictions have already been lifted in most parts of the world, Rasset said the health and safety of players and staff remain a top priority.

PokerStars already announced that it will not require vaccination proof from players in the upcoming EPT Prague which will run next month.