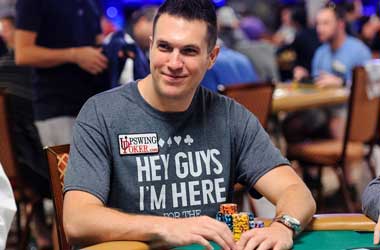 Doug Polk recently announced a new podcast series that will rank the best poker players of all time, with fans being the ultimate judge.

The semi-retired poker pro will host the new series on his popular podcast, the Doug Polk Podcast.

Voting Open to Viewers and Fans

In a tweet last week, Polk shared with his fans and followers the details of the new series and he’s asking them to get involved. The 34-year-old, who now co-owns The Lodge Poker Club in Austin, Texas, has prepared an initial list of 100 players open to suggestions and nominations from the poker community.

Going to do a podcast series where we rank the top poker players of all time. Over the next few podcasts we will lay out the case for each player, and you guys will vote.

Polk and his colleagues will then lay out the case for each player on the list over the next few podcasts. From 100, the list will be reduced to the top 20 players, and viewers and fans will have the ultimate say on who deserves a spot on the shortlist. The series will run for two weeks, culminating in the crowning of the best poker player of all time.

What Does It Mean to be the Best Poker Player of All Time?

Polk understands that his new endeavor might spark controversy and disagreement within the poker community and so he took the initiative to explain what the new series is all about and what to expect.

The world’s top poker pros each have their own fan base and the outcome of the rankings could result in a heated debate among the players’ respective audiences. In particular, the definition of the word “best” could differ from one poker fan to another. Polk emphasized that the era of players is one of the most important aspects to consider when casting a vote.

Poker has greatly evolved over the years. The game is so much different now compared to the old days. This means that the skills of the players who were at their prime in the 1980s or 1990s may not be of the same level as the skills of the poker pros who are acing the game today. Polk said he will elaborate on this matter throughout the conversation.