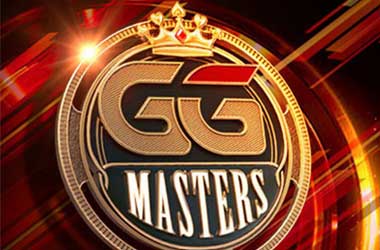 With the guarantee being increased by 10 times its usual amount, players will compete for an eye-popping $5 million in guaranteed prize money.

The special second-anniversary edition of GGMasters takes place on March 20, 2022. While GGPoker has decided to increase the guarantee, the buy-in still stays at $150, which means the tournament will need to pull in at least 36,231 entries to hit the target.

With the tournament adopting a freezeout format, there will be no rebuys. Players can enter via three flights for Asia, Europe, and the Americas, but they’ll only have one shot. Players are in for huge value as the tournament will most likely end up with an overlay, hence the name “GGMasters Overlay Edition“.

GGPoker Global Ambassador Daniel Negreanu is confident the tournament will have an overlay, and he could be right. Even the regular $500K GTD GGMasters struggles to meet its guarantee. PokerStars’ regular Sunday Million, which has a buy-in of $109, also sometimes falls short of attracting the required number of entries.

PokerStars’ Big 20 Finale, which ran as part of the operator’s 20th-anniversary celebration last year, also promised an ambitious $5 million guarantee for an entry fee of just $55. It came close to the goal after attracting a total of 96,192 entries.

While the Big 20 Finale almost succeeded in drawing the required 100,000 entries, it should be noted that the tournament allowed rebuys and re-entries. It recorded just 58,047 unique entries. The upcoming GGMasters must attract two-thirds of this figure, with a buy-in three times as high.

A $5 million guarantee, the same $150 buy-in, and no rebuys make it impossible for the GGMasters anniversary edition to even come close to its target. So if you’re on the hunt for great value, the GGMasters special tournament is something you shouldn’t miss.

GGPoker is expected to give away as many tickets as possible via satellites and promotions. Qualifiers starting at $2 will be available at the site soon, so stay tuned.