The MPN Poker Tour has crowned its last ever champion. Estonian player Martin Piik emerged as the biggest winner in the final stop of the tour, outclassing a 575-entry field to capture the €550 Main Event in Madrid, Spain.

The 23-year-old walked away with €52,000 as top prize, but the money was the last thing Piik wanted, as he was all for the trophy and the title!

Piik, who started playing poker as a kid, won his seat into the Main Event through an online qualifier at Olybet, one of MPN’s partner sites.

He defeated China’s Yu Cheng “Richard” Liu heads-up to secure the final trophy of the MPNPT.

The final day started with 30 players, but only nine of them, of six different nationalities, made it to the official final table. Lui began as the chip leader, followed by Piik and Sweden’s Mikael Gronvik. The first two players to bust were both Brits – Stuart McCormack who finished ninth for €4,575, and Jay Yerby in eighth place for €5,600.

Poland’s Sebastian Lohunko was the next to go after losing his pocket queens to Liu’s set of nines. The Polish player ended his bid in seventh place for €8,100. Gronvik then sent Greek player Stylianos Kollatos to the rail after defeating the latter’s king-queen with ace-king. Kollatos earned €10,500 for his sixth-place finish.

Gronvik quickly followed his Greek opponent to the payout desk, after losing a significant portion of his stack to Estonia’s Raido Ounapuu. Gronvik took home €14,000 for finishing fifth. Subsequent action saw the last UK player at the table, James Sudworth, bid goodbye after an all-in battle pre-flop against the eventual winner Piik. The tournament marked Sudworth’s return to the live felt after six years. The Brit won €20,000 as fourth-place finisher.

Ounapuu would bust next for €28,000, setting up a heads-up match between Piik and Liu. The Chinese player was holding the lead when the battle kicked off, but Piik eventually took over after winning massive pot.

The final hand saw Liu moving all in with king-queen against Piik’s ace-four. Liu failed to find further help and ended up as runner-up for €38,000.

Piik will now go down in history as the winner of the last-ever live event hosted by MPN, signaling the end of the tour’s existence after six years. It was an emotional moment for many, from poker pros to amateurs, who have come to love the MPNPT over the years, the online poker operations are also scheduled to close later this year.

MPN’s Managing Director for Poker Alex Scott thanked their hardworking staff, sponsors, the media, and the players as well for all their contributions into making the final edition a massive success and surely one to remember. 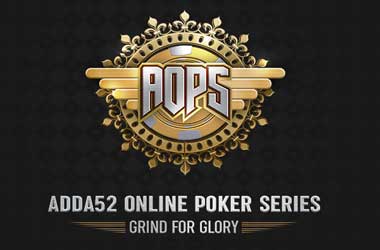