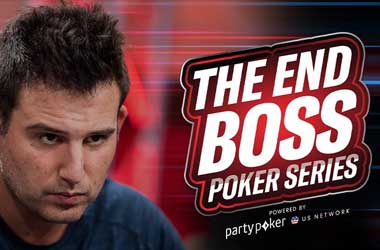 A new online poker series is coming to BetMGM this November. “The End Boss Poker Series” will run from November 23 to 28 across BetMGM’s three US sites in New Jersey, Pennsylvania, and Michigan.

The series will be hosted by the “End Boss” himself, American poker pro Darren Elias.

$750K in Guaranteed Prize Pools Up for Grabs

Each state will have its own series, given that Pennsylvania and Michigan are not yet part of any interstate compact. More than $750,000 in guaranteed prize pools are up for grabs across the three states, with BetMGM hosting one tournament each day. Entry fees range from $150 to $1,060.

The series will target those celebrating the holiday weekend, as well as both the recreational players and competitive players on the entire partypoker US Network, according to BetMGM Director of Poker Luke Staudenmaier. He added that Elias was heavily involved in the development process to make sure their goals for the series are achieved.

The End Boss Poker Series will run simultaneously in all three states and will feature a $150,000-guaranteed Main Event. The tournament has a buy-in of $1,000 and will run on November 28. While New Jersey, Pennsylvania, and Michigan will hold the series separately, all players will have access to the same tournament each day.

Those keen on taking part in the upcoming series are required to be physically located in either New Jersey, Pennsylvania, or Michigan. The series will also be giving away extra prizes in the form of cash, tournament entries, and accommodation perks.

Anyone who eliminates Elias in the $150K Main Event will receive free accommodation at the Borgata in Atlantic City good for 3 days and 2 nights. The Main Event winner will also win a free entry into a special knockout tournament scheduled for the New Year.