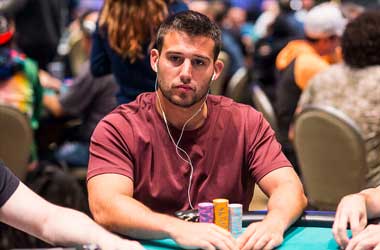 Darren Elias has become the first GGPoker Super MILLION$ winner of the year.

The 34-year-old outclassed a pretty stacked final table to walk away with the top prize of $448,842, another addition to his already impressive online poker record which currently boasts of nearly $4 million in total winnings.

The recent GGPoker Super MILLION$ final table line-up was among the best the online poker world has ever seen in recent years.

Elias managed to climb his way to the top, as his opponents fell one by one, among them were some of the biggest names in the game, including Niklas Astedt, Adrian Mateos, Seth Davies and Enrico Camosci.

The first player to leave the table was Davies, that’s despite starting the final battle sixth in chips. The Canadian poker pro saw his stacks dwindle when he lost a massive pot against Aleks Ponakovs with pocket sixes against tens, leaving him with less than seven big blinds. He eventually lost all of that when he moved all-in against Camosci, with the latter’s full house defeating Davies’ turned straight. Davies took home $56,105 for finishing in 9th place.

The next elimination did not take too long to happen as Bert Stevens waved goodbye just two hands later. The Belgian player open-shoved for 13 big blinds from the button with king-queen, but he eventually lost a race against Rui Ferreira who held pocket jacks. Stevens took home $72,759 for his 8th place finish.

Ponakovs ended his bid in 7th place after Camosci finished him off with a flush against top pair following a battle of the blinds. Ponakovs walked away with $94,357 for his efforts. The players were approaching their first break when Ferreira sent Mateos packing, the former holding ace-king but later flopped an ace, enough to defeat the Spanish star’s pocket tens. Mateos earned $122,366 for finishing 6th.

Ferreira’s stacks improved with Mateos’ exit, but it quickly went down after losing subsequent pots. Ultimately, he moved all of his remaining chips in the middle with jack-five, Astedt called with ace-jack, and just like that Ferreira was out in fifth place for $158,689.

After that, it was Camosci’s turn to go. The WSOP gold bracelet winner led the chips when the final table began but failed to maintain his dominance leading to him busting in fourth place for $205,795 after moving all-in with queen-nine against Astedt’s flopped set. Third place eventually went to Ami Barer after losing his pocket-sevens to the ace-queen of Elias. Barer earned $266,833 for that performance.

Astedt was ahead by a wide margin when heads-up play began but Elias managed to take over. During the final hand, Astedt min-raised to 700,000, and Elias jammed for 12,078,400.

Astedt called holding pocket queens versus Elias’ ace-seven. An ace on the turn made all the difference for Elias, leaving Astedt in second place for $346,104.

If that has wet your appetite for some poker action of your own, why now take a look at our exclusive online poker rooms