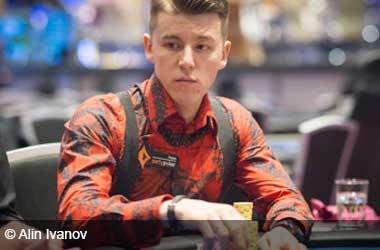 Anatoly Filatov has added another major accomplishment to his stellar tournament record this year after taking down the $10,300 MILLIONS High Roller event at the 2019 Caribbean Poker Party (CPP) in the Bahamas.

The final table began with the nine remaining players each guaranteed at least $40,000 in winnings. The player to exit first and finish in 9th place was American poker pro Chris Hunichen. Filatov was responsible for the next elimination at the final table, sending Chin Wei Lim out of the game with ace-jack against the Malaysian’s ace-five. Lim collected $45,000 for his 8th place finish.

He was followed to the payout desk by Anthony Zinno, who ended his bid in 7th place after calling all-in with A-K and eventually losing a coin flip against Kristina Holds who held pocket sevens. Zinno’s deep run earned him $50,000. The next to go was Finland’s Joni Jouhkimainen who went all-in with king-seven of hearts versus Kahle Burns‘ ace-eight. The Finnish pro flopped a flush draw, which was inferior to Burns’s two pair, forcing him out of the table in 6th place for $60,000.

Brit Scott Margereson hit the rail in 5th place after losing a hand against Fabrizio Gonzales. The British pro walked away with $75,000. Holst then eliminated Burns in 4th place for $97,400, only to bust next after running with AcJd against Filatov’s JsJc. It’s still an impressive win for Holst though, who pocketed $126,000 for finishing in third place.

When heads-up play began, Filatov was holding a massive chip lead against Gonzalez, and from there, Filatov never looked back. The Russian pro limped on the button with 6-5, and his Uruguayan opponent check-called a pot-sized bet with A-5 with the flop being king-four-three.

The turn was two of hearts, Gonzalez hit a wheel but Filatov had nuts. The final moment came when Filatov went with an all-in shove prompting a snap-call from Gonzales. A ten appeared on the river, ending the Uruguayan’s bid in second place for $180,000.