PokerStars, partypoker, and 888poker are not taking their foot of the gas when it comes to their marketing efforts as they continue to push hard to capture as much market share as possible before 2019 comes to a close.

The fight between the top three online poker operators continues as they look to close the gap in the ever-competitive online poker market.

Here are some of their recent marketing efforts to attract more players and establish their dominance.

PokerStars has introduced a series of changes in the last couple of years all aimed at improving the overall gaming experience of its players. Part of that change is the release of two new exciting poker formats, Deep Water Hold’em and Tempest Hold’em, giving players a fresh way to enjoy the game.

Both games differ in the way antes increase. In Deep Water, players see the ante value go up in the absence of a showdown, whereas in Tempest Hold’em, antes stop increasing when a showdown is reached. The giant blind is in play for both games.

PokerStars have made the games available in all major jurisdictions, except most of the US. 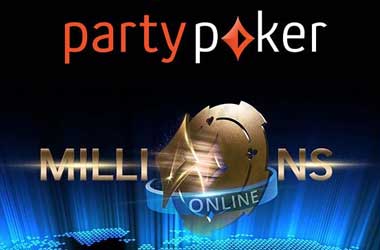 An extra $1 million is now up for grabs at the popular partypoker MILLIONS Online tournament, much to the delight of the players. The offer is particularly enticing for Day1a participants, because if the chip leader during that flight proceeds to win the MILLIONS Online Main Event, he or she is entitled to an additional $1 million, apart from the top prize.

Partypoker Chairman Mike Sexton has advised those keen on taking part in the $20 million-guaranteed online tournament to enter through Day1a for a chance to hit another million. Millions Online runs from Nov 24 to Dec 4, 2019. 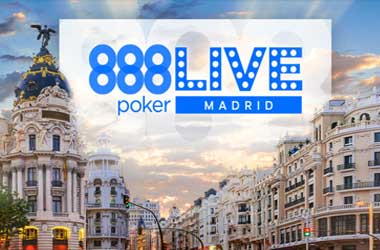 888poker’s massive Progressive Knockout Series has just concluded, with winners sharing more than $1 million in guarantees. Over 22,000 players took part in the online poker festival and participated in 24 exciting events.

888poker is already promoting its schedule of events for 2020. The online poker room is running a number of special satellites giving players a chance to visit Madrid which will be the live tour’s first stop in 2020. Buy-ins are extremely affordable and poker players who want to start 2020 with a bang can check out these online satellites.