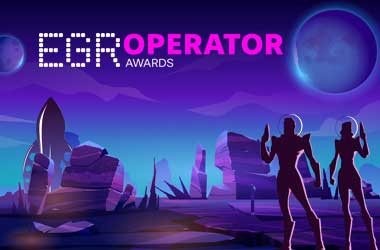 888poker added another feather to its cap after being named “Poker Operator of the Year” at the annual EGR Awards.

The online poker room received its latest accolade for introducing major upgrades to its software and coming up with new, exciting tournament offerings for its players. It’s been a big year so far for 888poker which is celebrating its 20th anniversary.

888poker Continues to Grow Despite Competition

The 2022 EGR recognition adds to the list of awards the operator has received over the years which serves as proof that while competition is heating up with new sites entering the market, 888poker remains a top choice for online poker players.

Unlike the other years, 2022 is a special one for 888poker as it marks its 20th year in the industry. The operator made sure all of its players would become part of the celebrations by launching a series of tournaments, promotions, and other events with massive prizes on offer throughout the year.

After that, 888poker hosted festival after festival, including Millions Superstorm, Retro Week, Knockout Games, and XL Spring Series. Over at the live felts, players were delighted with the comeback of the 888poker LIVE series which was disrupted by the pandemic. The 888poker LIVE Barcelona Main Event held in May was a huge success, with Italy’s Sandro Hauser crowned as the winner.

Summer came and 888poker partnered with the World Series of Poker (WSOP) to send players to the prestigious WSOP live festival in Las Vegas. A total of 34 players qualified online via 888poker for various gold bracelet events.

Along the way, 888poker further expanded its roster of ambassadors which now includes Jaackmaate and Cauê Moura, as well as Ian Simpson.

There’s still a lot to look forward to on 888poker as the year draws to a close, including the return of the Knockout Games!