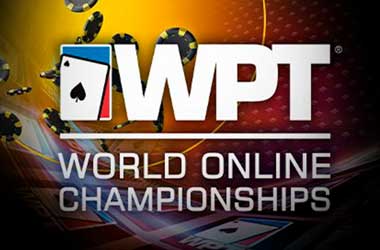 The World Poker Tour (WPT) World Online Championships officially kicks off on July 17 on partypoker! The massive festival will run through to September 8, and comes on the heels of the hugely successful WPT Online Series back in May, which awarded nearly $53 million in total prize money, smashing guarantees and surpassing expectations.

Now, players will be competing for a much larger guaranteed prize pool of $100 million, and if it’s still not enough to convince you to play, here are some more reasons why you should consider taking part in this massive tournament.

WPT Tournament of Champions Tickets Up For Grabs

The upcoming series gives you the chance to become a member of the exclusive Champions Club, joining the likes of Alex Foxen, Darren Elias, Simon Lam, Pete Chen and Ryan Riess. Five events will award a highly-coveted package to the season-ending WPT Tournament of Champions – the $10,300 Main Event, the 6-Max, 8-Max, Mix-Max, as well as the Knockout tournament.

In a bid to bring back the fun in poker, both the WPT and partypoker have agreed to introduce a single re-entry policy for all of the championship events, leveling the playing field for everyone, regardless of the player’s skill and bankroll level. The late registration period has also been shortened and will be available only till the conclusion of the ninth level for each championship event.

Throughout the festival, two leaderboards will be running, awarding $100,000 in combined prizes! Play and finish deep in as many championship events as you can and get the chance to win a share of the cool $75,000 in extra cash to be awarded in the WPT Player of the Championship leaderboard, with $50K going to the winner. Take note though that only the championship events with at least $300 buy-in will be covered by this leaderboard.

But don’t worry, because a dedicated leaderboard is also designed for events below the $300 buy-in range. $25,000 in prizes is on offer in the WPT Rising Star leaderboard, $10,000 of that will go the player who ends finishing at the top.

Wide Range of Events For Players Of All Levels

Every player has a place in this massive series, with mini and micro Championship events also included in the schedule. You can enter certain tournaments for entry fees of as low as $33 and still get the chance to win big, with juicy prize pools up for grabs.

If you think the micro and mini tournaments are still not for you, you may qualify for the big events for a much cheaper price by taking part in tons of satellites running throughout the festival, including Tournament Dollars satellites.

Visit the WPT and partypoker websites for more details!