WSOP Will Use GGPoker Software For April 2022 Launch In Ontario

WSOP Will Use GGPoker Software For April 2022 Launch In Ontario

WSOP Will Use GGPoker Software For April 2022 Launch In Ontario March 25, 2022 Mario Alfonsi 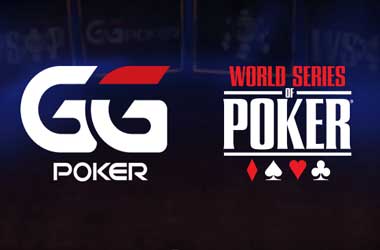 Earlier this month, GGPoker’s parent company NSUS Labs was granted a license by Ontario’s gaming regulator under the domain WSOP.CA, fueling speculations that the WSOP could launch in Ontario using the GGPoker software. This has been confirmed in a press release by both brands on 24 March.

GGPoker’s partnership with the WSOP will continue in Ontario, with the operator providing software support for WSOP.CA. The site will go live in the Canadian province in early April.

WSOP.CA Launch – What to Expect

There’s no exact launch date mentioned in the press release, but GGPoker and WSOP both confirmed that WSOP.CA will go live in early April, though still subject to approval from iGaming Ontario, a subsidiary of the Alcohol and Gaming Commission of Ontario (AGCO) tasked with supervising internet gaming across the province. Before launching their sites, operators are required to execute an operating agreement with the agency.

Ontario players will enjoy a range of massive promotions to mark the launch, with the site also expected to host online satellites to the 53rd WSOP in Las Vegas this summer. It’s unclear though whether WSOP.CA will run an online bracelet series in conjunction with the live festival at Bally’s.

Caesars Rewards will be available to Ontarians, allowing them to earn exciting perks and rewards by actively playing on WSOP.CA or at the company-owned Caesars Windsor Hotel and Casino in Ontario.

Players who are already registered with GGPoker via the global pool will be automatically transferred to the WSOP.CA platform. The press release also confirmed that Ontario’s regulated gaming market will initially be segregated, meaning Ontarians won’t be able to compete with players located outside the province.

Partnership Between the Best Poker Brands

The alliance between two of the world’s best and biggest poker brands should excite Ontario players, with WSOP Executive Director Ty Stewart saying they’re thrilled to bring the platform to the province and give players the chance to qualify for the live WSOP festival in Vegas which kicks off in May.

Apart from GGPoker and the WSOP, other major operators that are likely to enter Ontario include PokerStars, 888 and partypoker/BetMGM.