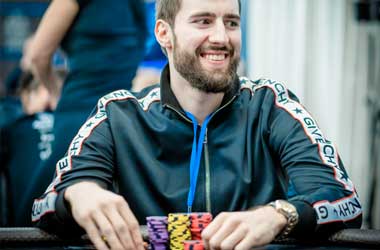 The Polish poker pro achieved that feat this week when he topped a 151-entry field to claim $306,923 in first-place prize and his second Super MILLION$ title. That double victory happened within just 13 months!

It’s safe to say Malinowski’s journey to his second Super MILLION$ title was a smooth one. He was third in chips when the final table began and went on to dominate the poker game, eliminating six of his eight opponents along the way. He pulled off a similar victory back in May 2021 when he captured his first Super MILLION$ title for nearly $400,000.

The star-studded final table included no less than Conor Beresford who is a Super MILLION$ champion himself, having won an April 2022 edition of the tournament for a career-best prize of $728,028. The online crusher attempted to ship his second title but was unsuccessful as he became the first player to exit, finishing 9th for $43,846.

Juan Dominguez was eliminated next after losing his queen-ten to Malinowski’s trip nines in a battle of the blinds. Dominguez finished 8th for $55,920. Another popular high-stakes pro, Artur Martirosian, ended his latest Super MILLION$ bid in 7th place with Malinowski as the culprit. The Russian player took home $71,319 for his efforts.

Malinowski went on to eliminate Bruno Volkmann in 6th place for $90,958 and then finished off Aleks Ponakovs who bowed out of the game placing 5th for $116,006. Malinowski’s knockout power didn’t stop there as he also did the same damage to Mike Watson who had to settle for 4th place with $147,951 in winnings.

Samuel Vousden fell short of reaching heads-up play after he busted in 3rd place for $188,693. It was Lev “LevMeAlone” Gottlieb who would engage in a one-on-one match with Malinowski, the latter holding a slight lead as the final battle began.

It took an hour for Malinowski to do the job, and in the final hand, Gottlieb opened to 600,000 holding ace-six. The eventual winner three-bet all-in with ace nine and his opponent called off his remaining chips. Gottlieb didn’t find any help from the board which meant Malinowski’s nine-kicker prevailed, leading him to victory. Gottlieb secured a $240,654 payday for his runner-up finish.