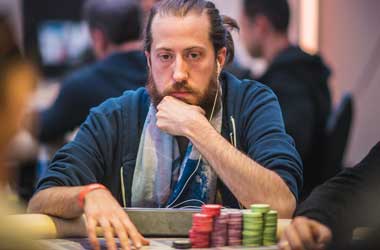 Steve O’Dwyer is no doubt among the world’s most accomplished poker players, winning various tournaments across the globe, but throughout his career, the American poker pro has yet to win a major title on Spanish soil.

That changed now after the Colorado native emerged victorious in the partypoker LIVE MILLIONS Europe Main Event in Barcelona.

O’Dwyer topped a field of 450 players to secure the title and the top prize worth €250,000. Apart from O’Dwyer, 67 other players walked away with a share of the €1,310,300 total prize pool, including Steven van Zadelhof, Will Kassouf, Yucel Eminoglu and PokerStars ambassador Ramon Colillas who earlier shipped the €1,100 MILLIONS Open for €45,000.

O’Dwyer scored the first elimination of the final table when he sent Jelle Moene to the rail with ace-king versus top pair. The Dutch poker pro took home €29,000 for finishing 9th. Next out was Pawel Brzeski from Poland who finished 8th for €29,000, followed by another Dutch player, Duc ten Haven who collected €38,500 for his 7th-place finish, courtesy of Gergely Bartos.

Bartos scored his second knockout of the day when he busted Germany’s Igor Picone in 6th place for €50,000. Irish poker pro Daniel Smyth was next out, courtesy of Ukraine’s Tara Khilko. Smyth walked away with €65,000 for his 5th-place finish. Khilko’s final table journey was cut short as well, as he followed Smyth to the payout desk winning €84,000 for finishing 4th.

Claiming the 3rd spot was Bartos whose ace-five was dominated by Luuk Gieles‘ pocket aces. The Hungarian poker pro took home €122,000 for his efforts.

Gieles was ahead of O’Dwyer when heads-up play began but the latter managed to narrow the gap and eventually navigate his way to the top. In the final hand, the eventual winner open-shoved with ace-ten that went against his opponent’s king-four. Gieles flopped two pair and was initially ahead, but O’Dwyer turned an ace to ultimately claim the title, which was his first victory in Spain.