The Unibet Open Heads Once Again To Malta Next Month

The Unibet Open Heads Once Again To Malta Next Month

The Unibet Open Heads Once Again To Malta Next Month August 28, 2019 Mario Alfonsi 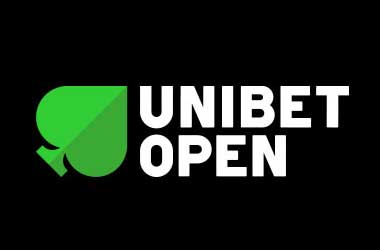 The beautiful island of Malta will once again play host to the Unibet Open from September 11 to 15. The five-day tour takes place in partnership with the Casino Malta at the InterContinental Hotel in St Julians.

The main highlight of the tournament is the Unibet Open Malta €1,100 Min Event taking place from September 12 to 15.

It has three opening flights on September 12-13, and players will begin the action with 30,000 in chips played in 60-minute blind levels during the first two flights.

The last opening flight will take place in turbo format with 20-minute blind levels. Players eliminated on Day 1a and Day 1b can reenter once on Day 1c.

Survivors will battle it out for two more days on September 14-15 until a new Main Event winner is determined.

The first-ever Unibet Open Malta Main Event which took place in 2011 featured a larger buy-in of €1,650. It was won by Mateusz Moolhuizen after defeating a field of 293 entries to capture his first Unibet Open Main Event title, plus a top prize of €117,000.

After a five-year break from Malta, Unibet Open returned to the island in 2016 with the Main Event carrying a reduced buy-in of €1,100 (its current price). Martin Soukup triumphed in the event, walking away with €65,000 after topping a 292-entry field.

In 2018, during the third Unibet Open being held in the island, Daniel Jacobsen took down the Main Event after outclassing 273 entrants to capture his biggest career cash of €60,090.

The Main Event is expected to attract the most number of entrants, but players may also take part in many other side events spread across the five-day schedule. Among them are the following: the €330 Unibet SuperStack taking place on September 11-12, NLH Turbo with a buy-in of €165 scheduled for September 12, the €165 NLH Hyper Turbo on September 13, and the €220 Pot Limit Omaha on September 14.

There will also be a €90 #QUEENRULES Ladies Event on September 13, Unibet DSO on September 14-15, as well as a €220 Turbo Bounty and €175 NLH Progressive Knockout taking place on September 14 and 15 respectively.

Satellites to the event will also be running throughout the festival to allow players to enter at a fraction of the original buy-in.